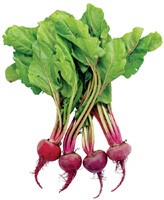 Beetland: In praise of a sweeter ethanol

Hello from beetlandia! That’s right, I drove through Sugar City, Idaho, today and was surrounded by fields of the strange white tuber, Beta vulgaris. Idaho’s one of the big sugar producers, and people here tell me you can really taste the difference between sugar made from beets and cane. Cane’s sweeter, I’m told.

Being surrounded by all that sugar-making potential got me thinking about ethanol. Remember how I wrote a column about how ethanol might be cool if we used sugar beets as the feedstock? That GMO corn growing in every backyard and from fencerow to fencerow would be a bad thing–but if we could mix up the monoculture, then we might be on to something? Maybe we could tuck beets in between the rows of corn, I thought. But now that I live in the land of sugar beets, I understand that this will never happen.

The main reason is government regulation. Sugar is megaregulated in the United States. I don’t pretend to fully understand the country’s farm policy or trade agreements, but from what I’ve gleaned, the USDA determines how many sugar beets can be grown every year. And it ain’t a lot. But in return, the sugar growers in the United States are protected from too-cheap sugar imported from places like Central America.

Like an unhealthy, co-dependent relationship, agreements like this make it hard for an industry to make a big change. If I was a relationship advice columnist, I’d tell the beet growers to take up a hobby that they enjoy doing by themselves, like crocheting or spending time with their peers, like the tomato growers.

There are people trying to change this dysfunctional relationship, such as Sen. Norm Coleman, R-Minn., who’s inspired by the Brazilian sugar cane model. Coleman recently voiced his hope for a 100 million gallon mandate for sugar-based ethanol in the next Farm Bill.

Which brings us to reason number two: cost. According to the editor of Sugar Beet Magazine, Nancy Butler-Price, making ethanol from beets just isn’t commercially viable. The technology for corn-ethanol has been developed, she said, so most of the ethanol factories are based on a corn model. For the beet growers to make their own ethanol-production facilities–that is, sugar-ethanol plants–they would need a huge amount of startup money. And they’re beet farmers!

Echoing her sentiment is the president of the American Sugar Beet Growers Association, Steve Williams, who told AP that “the economics are not going to be there. The food value is better for sugar than for ethanol.” If the farmers aren’t psyched up on ethanol, if they say it isn’t worth it, how can we make them?

Finally, and on a related note, the sugar beet farmers, as you can imagine, don’t have the power of, say, the corn lobby, which is funded by megacompanies like Cargill and Archer Daniels Midland. Though the USDA is investigating sugar-based ethanol production, especially in the light of soaring demand for ethanol, there are skeptics.

Keith Collins, the USDA’s chief economist, was quoted as saying, “Technologically, it’s possible. The question is, is it economically feasible?” Never mind that growing all that corn for ethanol production is only economically feasible because of massive governmental subsidies for growing corn and a fuel tax incentive of 51 cents per gallon for corn ethanol.

All this beet thought made my ears perk up when I heard about a new biobutanol plant under construction in England. Biobutanol is an alcohol, like ethanol, that can be mixed with gasoline. But unlike ethanol, it has a higher energy density, so instead of decreasing fuel efficiency, it keeps it about the same. The plant is being developed by Dupont, in partnership with BP, and–you guessed it–the feedstock for the first factory will be beets.

Michelle Reardon, a spokesperson for Dupont, said, “Biobutanol is not a new product; it’s just never been cost-efficient before.” But when pressed, she admitted the only reason they were using beets had to do with the fact the first plant was in Britain. “In Britain, they use sugar beets,” she said, “In the United States, we’ll use corn.” Those biobutanol plants may be on-line in the United States by 2010.