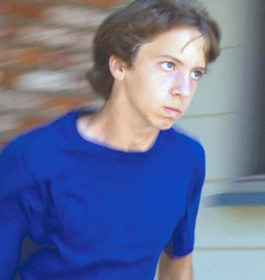 “We love short films,” says Kirk Demorest. “The excitement of short films is cool because there are so many different styles. There’s just no end to the amount of stories out there.”

Thus, in order to be accepted into the festival, all films are between three and 15 minutes long, have no paid distribution and were made in 2008 or later. “We want to excite and promote this awareness of international film,” Demorest adds. “We are getting films from the entire world.”

This festival is also notable in that it includes audience voting. The viewers pick the best film in each category, be it comedy, horror or drama. The films are then judged by a panel of industry veterans, including Jack McGee, who most recently starred in The Fighter; actor Ed Begley Jr., who’s appeared in over 200 television and motion picture productions; and Share Stallings, producer of Death at a Funeral. Demorest is uncertain whether the judges will attend the event itself, but they will view the finalists’ films and cast their vote for Best in Show.

“Their vote,” says Demorest, “can literally determine the career path of a filmmaker.”

Demorest is also the founder of Sonoma Media Arts, an organization meant to connect and inspire filmmakers, directors and actors to create collaboratively. Two films from Sonoma Media Arts will be showcased in the festival, including one made by local Santa Rosa filmmaker Dan Schieberl.

Based on a true story, Schieberl’s six-minute film titled Bathroom Drawer is a comedy that depicts sibling rivalry at its finest. In his household growing up, fights often broke out between he and his older brother. One such argument escalated when his brother ended up chasing him throughout the house, leaving Schieberl no choice but to lock himself in the bathroom, using a drawer as his safety.

“I was stuck in the bathroom for hours,” says Schieberl, explaining the film. “My brother just sat outside reading. Eventually, my sister came in and rescued me.”

Schieberl’s son Zachary plays his father in the film, which took about four months to complete.

“I enjoyed it so much that I actually want to change careers,” Schieberl says. “I’m a general contractor right now, but I’m looking to become a full-time filmmaker. Right now, I’m working on a full-length feature film.”