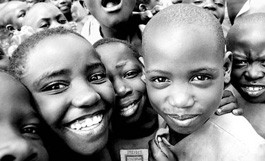 All of Petaluma is a benefit stage on Thursday, Feb. 18, as McNear’s Mystic Theatre spearheads a full-town press benefit. Called “To Haiti with Love,” this roam-around night is a collaboration of P-town restaurants and the Mystic to give the best time possible for the best cause possible. And lawd knows it’s simple. Merely eat at a participating Petaluma restaurant (the list includes Graziano’s, Kabuki, Tres Hombres, Aqus Cafe, Dempsey’s, Graffiti, Brixx and others), and it will donate 10 percent of your bill to Doctors Without Borders and the RN Response Network, a consortium of nurses ready to help.

After a great dinner, wander over to the Mystic for a killer night of live music, a silent auction and terrific raffle prizes. The Bay Area’s hardest working bluesman Tommy Castro has just confirmed his appearance, joining a North Bay who’s-who of musicians that includes members of Poor Man’s Whiskey and Hot Buttered Rum, singer-songwriters Bonnie Hayes, Tim Eschliman and Jesse de Natale, and Boho pinup du jour Arann Harris, as well as Mr. December, Toast Machine, the Easy Leaves, the Green String Farm and others.

Entrance is by donation only, and Mystic owners Ken O’Donnell and his daughter Shennon really hope to be able to ship a big large swadge of cash off to the deserving people of Haiti soon. To learn more or to donate, go to www.restaurantshelpinghaiti.com. Mystic Theatre, 23 Petaluma Blvd. S., Petaluma. 707.765.2121.

All of this dining for a good cause continues its bubble as the Napa Valley Opera House League sponsors its “Dinner Is Served” benefit on Thursday, Feb. 25, to raise funds for the opera house. Like Sonoma County Restaurant Week (see Feature, p12), area restaurants have devised special prix fixe menus at set rates, beginning at the giddy ether of the French Laundry ($500 per diner) and drifting down to rates more acceptable to mere mortals as with La Toque ($200), Etoile ($150), Go Fish ($100) and Annalien ($75), among others. Prix fixe includes tax, tip and corkage and directly benefits the good work of the Napa Valley Opera House. To learn more, go to www.nvoh.org/dis.