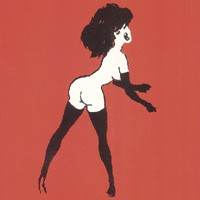 'Playboy,' childhood and the secret life of life

My brothers and I imagined that they were as rare as Ferrari Testarossas, and just as unlikely to turn up in our small Pennsylvania town. Yet we knew they existed. There was a whisper about the magazine racks at the Slushee stand that said so. Playboy magazines were printed and bound and distributed to happy men all across America. We just weren’t allowed to see one. Until we did.

It happened at Robert Ehrig’s house, a big sprawling ranch with a long driveway and a basketball hoop. Robert’s father drove a Mercedes 450 SL and smoked cigars. Their den smelled of tobacco, leather and guns. A long cabinet filled with gleaming black hunting rifles and 12-gauge shotguns flanked the pool table, a home accident just waiting to happen.

Robert had three brothers who were so old we never saw them; we just saw what they left behind: the jacked-up Bronco that they shared, their sweaty Emmaus High School football gear and their Playboys. And so we crept up to one of their bedrooms one day and removed the magazine from beneath a bed. My older brother, Andy, Robert and I crowded around like it was a gecko one of us had caught. Robert officiated, turning the pages–none of us knowing, I think, exactly what we were looking at.

Oddly, I can’t even remember what the pictures showed us, if the girls were blonde or brunette, if they were wearing Santa’s helper outfits or overalls or nothing at all. I just remember the feeling. It was like a vast, secret, adult world had opened up for us. It must be a secret because none of our parents had told us about it, and yet here it was, in four-color and with fold-out spreads, right in front of us. We asked Robert to loan us the magazine, and he said no way and then asked who had farted while we were looking at it.

From that moment on, Playboys started popping up in the oddest places. Every six weeks we used to get our hair cut at Barty’s Barbershop on Main Street, an old-fashioned place with a spiraling candy-cane tube outside and an overwhelming whiff of pomade inside. Barty’s one haircut was the Delaware County–a near crew cut on top and whitewalls on the side, and a neck shave so close you emerged feeling like a snake that had crawled out of its old skin.

While waiting for the trim, we could watch the Phillies on TV, read the Allentown Morning Call, or, if we went to the john, sit and leaf through a two-foot-high stack of vintage Playboys. I don’t remember which one of us discovered them, but from then on, we never complained about getting our hair cut. Andy was the most brazen, often disappearing for 10 or 15 minutes while my younger brother, Tim, and I tried not to knock on the door.

Then things came a little closer to home. By the time I was seven, my brothers and I had already worked out that our parents were Santa Claus. So the only question–and it was a tortuous moral dilemma–was whether or not to look beneath their bed at what was hidden there for Christmas. While doing a little early reconnaissance, Andy came to me one day and reported that mom and dad had a Playboy beneath their bed.

This was a gold mine. No longer would we have to stop-clock our visits to Barty’s restroom and endure the knowing, cigarette-rasped chuckles of the other barbers as they watched us emerge bewildered and agog. Now we could look in peace.

Of course we got greedy. Andy got into the habit of taking bathroom breaks that were so long that my parents began to wonder if there was something wrong with his stomach. And then one time, I didn’t put the magazine back in the exact same place. The gig was up. My mother had been working for a local congresswoman’s political campaign, and there was an article in there she wanted to read–so she said. Playboy had articles? We hadn’t noticed. Mom and Dad had a laugh at us and threw the magazine away.

In 1984, my family moved to California, and I can’t say that Playboy was on my mind much anymore. I wanted to become a professional basketball player and spent most of my time bouncing my tri-colored Globe Trotter ball to and from my new elementary school, which had basketball hoops with chain-link nets and hallways that were outside.

Bouncing home from the courts one day, I found Andy outside a bush with a friend, about a hundred yards from our house. I was about to ask what they were doing when I saw it–a 500-page, year-end issue of Playboy. It was torn and looked rained on, and one of the boys had stepped in dog crap, so everything smelled. But I crawled inside the bush anyway and we had a good long goggle at the thing before deciding we had to leave. This was another gold mine, and we couldn’t let it go.

Around this time, my father took Andy into his bedroom for a series of talks on things he felt Andy should know about. My parents are both social workers, and I always knew when the drape of earnestness came over their voices that something was about to happen. I listened through the wall, and could tell this was serious. When my dad left, I went next door and Andy showed me the new nudie literature he hadn’t found but been given.

It wasn’t actually a magazine but a book, and it featured bubbly drawings of a man and a woman with all their hairy bits. All of a sudden the secret world’s precious bubble popped. There were no Corvette hoods beaded with water from a naked car wash, no farmer’s daughters who needed help pouring jugs of milk. In fact, the people of this nudie world seemed like they just wanted to sit around and sing “Kumbaya,” which is what we did in our Sunday-school classes.

Sometimes I think this is where recorded time began for me. I learned from Andy that my father was using this book to tell him about sex. Andy would have to endure two more seminars, and a year later it would be my turn. I’ve never dreaded the passage of time so much.

I didn’t have to wait a year, though, because my parents quickly realized that news of the secret world had spread, and soon all of us knew about it–and the book and the condoms. The AIDS crisis was in full swing, though Reagan wouldn’t admit it, so my father had given Andy some condoms to use “just in case.”

We were in the fifth and sixth grade. One time, was the message, and you could be dead.

All of a sudden, sex held about as much interest as my mother’s tuna fish casserole. Andy and Tim turned the condoms into water balloons, which they launched over the fence at our neighbors. The Playboy in the bush disappeared, and, except for the occasional late-night TV session where we sat up with our head-gear on and Oxy pimple cream plastered all over our faces, trying to decipher breasts from the blur of cable channels we didn’t subscribe to, our efforts at seeing nude women fell by the wayside, too.

Yet there was one last piece of nudie literature that turned up. I’m not sure how he got it or who was selling it, but Andy came home one day with another book of drawings of hairy people called The Joy of Sex. Unlike our learning guides, this one actually did something. Like the Playboys, it made the air seem hot and languid, and in looking at the pictures, it was like the secret world appeared again in the form of a hall of mirrors. There were more layers to this than we could imagine.

My parents found out what we had, of course, and it was confiscated. I wasn’t around for the seizure, but I imagine it wasn’t too rough because one day it was there, the next day it wasn’t, and then basketball season started. The book hadn’t gone away entirely, though.

Later that winter, I went to my parents’ room and dropped to the floor to look beneath their bed. I was too old for this, I knew, but I had to know what I was getting for Christmas. The shopping apparently hadn’t begun, but I didn’t care–for there, pushed halfway beneath their queen-sized mattress, was The Joy of Sex. I had it all to myself, just so long as no one knew that I knew where it was.

And as it turns out, that was a secret I could keep.