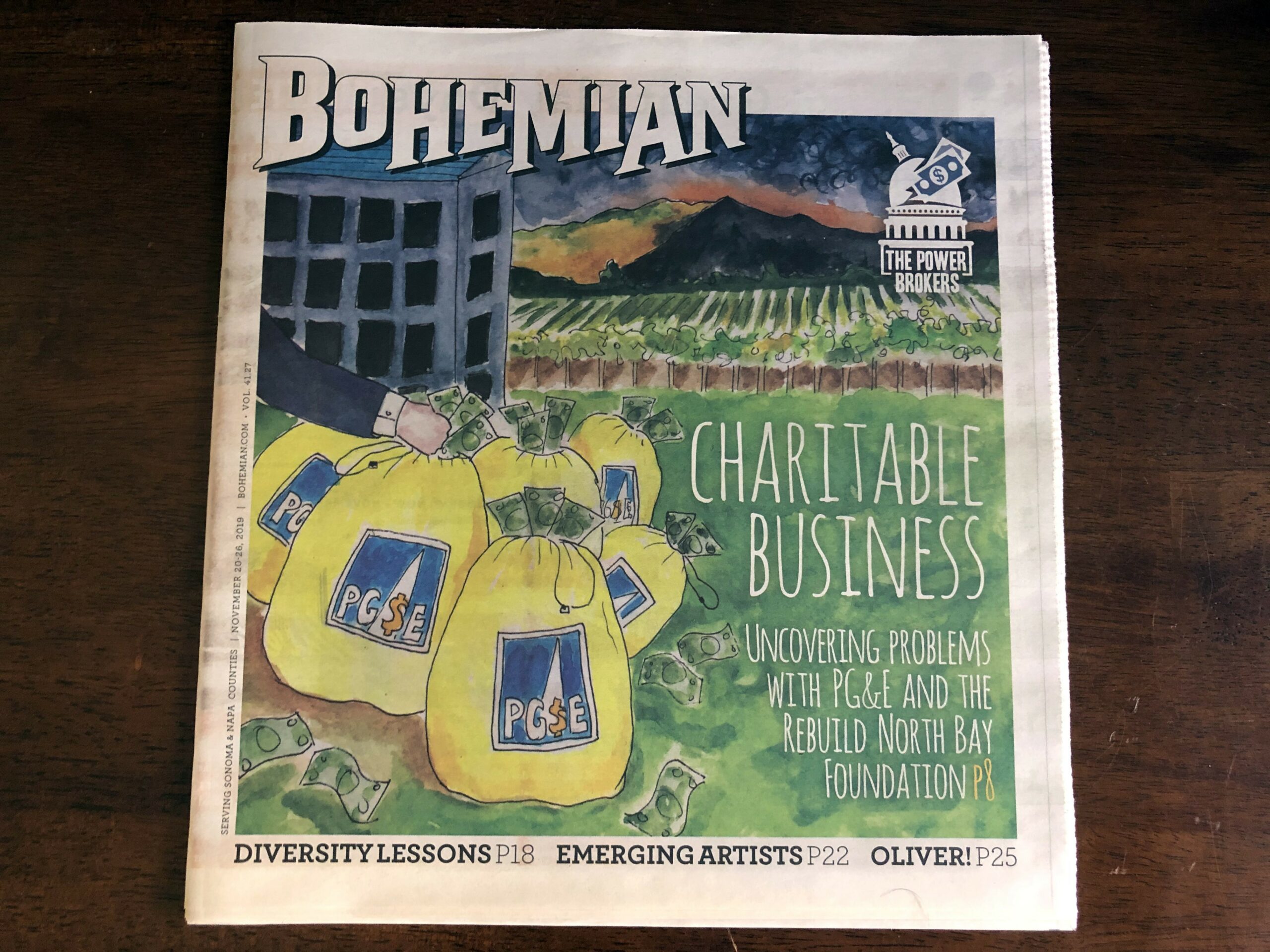 The California News Publishers Association (CNPA) honored the Bohemian on Tuesday with two awards for articles published last year, praising the paper for a “blockbuster piece of reporting” and an arts feature that captured Petaluma’s quirky side.

The Bohemian won first place in Investigative Reporting for a Weekly Newspaper and fifth place for Arts & Entertainment Coverage.

“This is a blockbuster piece of reporting,” the CNPA judges wrote. “The reporters combed through incredibly detailed records to document a shocking abuse of regulations governing charitable non-profits, and in the process graphically displayed the disgrace of a daily newspaper once counted among the nation’s best for its size. It’s hard to imagine a weekly more admirably fulfilling its mission.”

“Charity Case,” part of the “Power Brokers” series, scrutinized the actions of the Rebuild North Bay Foundation, a PG&E-funded nonprofit founded by Darius Anderson, a lobbyist and an owner of the Santa Rosa Press Democrat and other North Bay newspapers.

The Fund for Investigative Journalism supports “The Power Brokers” series, which receives pro-bono legal assistance from attorneys at the Reporters Committee for Freedom of the Press.

Bohemian Arts Editor Charlie Swanson won a fifth-place award in the Arts & Entertainment category for “Welcome to Lumaville,” his article about Pill Head, a 2019 film featuring Petaluma (the film was directed by Bohemian editor Daedalus Howell prior to his tenure at the paper).

“This story is all about community,” the CNPA judges wrote. “It nicely embraces Petaluma’s quirkiness—telling the story of a film by intertwining lots of different local perspectives and ties to Petaluma (film history of the region, hometown ties of the actress, cameos by local characters, etc.). Well done!”