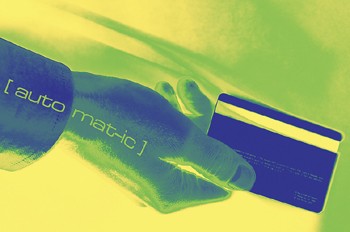 Automatic for the People: Studies show that as soon as the big boxes move in, wages and living standards in a community drop.

Big-boxes are coming, bringing low wages with them

Santa Rosa is not alone. The boom in retail construction will continue south to Rohnert Park, Cotati and Petaluma, where an additional million-plus square feet of new building is moving through the planning process.

Retail construction in Sonoma County “is poised to expand dramatically,” Bill McCubbin, president and CEO of Orion Properties told the annual North Bay Economic Outlook conference in Santa Rosa earlier this year. Several area cities are currently “under-retailed” and looking for additional sales tax revenues, he noted. Based on projects already under consideration or known to be in the planning pipeline, southern Sonoma County can expect another 1.4 million square feet of retail construction in the next few years, with roughly two-thirds of that arising as big boxes.

For Santa Rosa alone, the anticipated arrival of three new big boxes translates into an additional $1 million or more in annual sales-tax revenues, money that has already been factored into the city’s long-term budget projections. However, critics charge that this revenue figure is grossly misleading, as it ignores the considerable–and quantifiable–social costs that arrive along with the huge stores.

Leading the procession has been Kohl’s, a Wisconsin-based retailer that sought and won approval for a 100,000-square-foot store at the northern gateway to Santa Rosa, on Airway Drive north of Hopper Avenue, though not without some wrangling over the building’s design, which has evolved from a one- to a two-story structure. It is now expected to open in time for the Christmas selling season.

Scattered objections to the Santa Rosa Kohl’s store were raised as it sailed through the city’s review process, but no concerted opposition emerged, perhaps because the area immediately surrounding its site is still largely undeveloped, and traffic concerns there are minimal. That will not be the case for the other two big boxes that have Santa Rosa in their sights.

Give Wal-Mart credit; it had to know it would face a fight over a third huge store in Sonoma County, so it shrewdly set out to remake an existing eyesore–the vacant former HomeBase store that dominates an aging neighborhood mall just south of Highway 12 on Stony Point Road. The world’s biggest retailer plans to demolish the old structure and rebuild a slightly reconfigured new 101,000-square-foot store on the same site.

And while Santa Rosa considers Wal-Mart’s impact, Ken Jacobs, deputy chair of the Center for Labor Research and Education at UC Berkeley is more blunt. “Wal-Mart does not create new jobs,” he says, citing the results of numerous studies. “For everyone hired by Wal-Mart, another job is lost elsewhere in the retail sector.”

Those jobs disappear because smaller businesses can’t compete with the retail giants, leaving shuttered storefronts in the surrounding neighborhoods. That’s a blow to the local economy on several fronts, and it falls hardest when Wal-Mart hits town. “The stores that go out of business tend to pay more than Wal-Mart pays and tend to provide better benefits,” Jacobs says, adding that Wal-Mart pays about 31 percent less than other large retailers (those with more than 1,000 employees) and provides 23 percent fewer workers with health insurance coverage.

But the main number the city is looking at is the one that will plug into the municipal budget. City finance director Bill Mushallo anticipated that the proposed Wal-Mart could add $300,000 to $350,000 to the city’s coffers each year, noticeably more than the $200,000 to $250,000 Kohl’s is expected to generate. But the biggest plum, in terms of sales-tax revenues, is the additional $500,000 per year that could come from the proposed new Home Depot store at Santa Rosa Avenue and Yolanda.

Having been turned away in its 1998 bid to build a superstore near the county jail (where locally based Yardbirds prevailed atop the still-unstable “moving mountain” instead), Home Depot has come back with plans for a 101,000-square-foot store adjacent to the sprawling “Marketplace” shopping center that supplanted the colorful El Rancho Tropicana complex on Santa Rosa Avenue. Already the subject of some skeptical neighborhood meetings, the Home Depot proposal must also overcome the city’s reluctance to sacrifice the high-density housing that is due to go on part of the site under its current general plan.

“We would not entertain a proposal that eliminated the multifamily housing at that location,” says Goldberg, “so they would either need to modify their proposal or provide for the housing component at some other location in the city not currently designated for multifamily.” Approximately 45 units could be built on the residentially zoned land under its current zoning.

For the neighborhood, traffic concerns top the list, as more than 32,000 cars already cruise past the intersection of Santa Rosa and Yolanda avenues every day. That number will shoot upward when the planned Farmers Lane extension connects Yolanda directly to Bennett and Rincon valleys. Meanwhile, Home Depot officials estimate their planned store will attract some 4,700 customers every day. And neighborhood groups opposed to the new big-box hardware store have an ally with deep pockets in Yardbirds owner John Headley, who poured hundreds of thousands of dollars into the unsuccessful fight to keep Lowe’s out of Cotati. He now appears prepared to take the battle to both south Santa Rosa and Petaluma.

There is some small irony in the location of this new battleground, separated as it is by a few acres of asphalt from the first big box erected in the area: Costco. The quintessential no-frills shopping outlet also defines boxiness in its physical plant, but they differ from most other big-box stores in some important if largely invisible ways.

“Costco is an example of a big-box outlet that does pay living wages and offers good benefits to their employees,” notes Ben Boyce, a leader and spokesman for the Sonoma County Living Wage Coalition. But even with that upside, Boyce adds that Costco, like most other big boxes, follows “a business model that typically involves getting tax subsidies or redevelopment monies from the municipalities.” Thanks in considerable part to the legacy of Proposition 13, cities are “starved for sales tax revenue,” Boyce observes. “They’ll prostitute themselves for sales tax revenues even if the total economic impact of the project is negative.”

To combat what some see as a shortsighted rush to receive new retailers, some cities have begun to develop a new mechanism called a community impact report. Modeled on the well-established environmental impact reports required for virtually all major construction projects, the CIR encompasses a broader range of indicators, including wage rates, impacts on existing businesses and pressures on social services, such as healthcare, which can be heavily burdened when low-wage workers lack health insurance for themselves or their families.

When massive retailers like Wal-Mart enter a community trumpeting lower prices, “it’s clear that they also shift major costs onto the public,” says researcher Ken Jacobs. “And to the degree that the people know and understand that, they can develop responses, to have a kind of public policy that says this is the kind of development we want in our communities.”

Los Angeles and San Jose are among the California cities already experimenting with some kind of a community impact report. However, Petaluma planning director Mike Moore is not convinced the concept is ready for prime time. “The concerns I’m familiar with in community impact reports–things like the balance between jobs and housing or wage differentials–are issues that local government doesn’t necessarily have a lot of control over,” Moore offers.

At the same time, he says, “people have seen that the analysis communities typically go through to evaluate major development projects doesn’t usually include social or economic impacts. So it wouldn’t be surprising to see something like this gain some ground.”

But that could come too late. All available land for major retail development in Marin County has already been built out (with one modest exception in Novato), and Wal-Mart is flexing its political muscle in American Canyon southeast of Napa. With huge projects quietly moving forward in Rohnert Park, Petaluma and, the voters have decreed, even on the edge of Cotati, big boxes will be springing up along the freeway like mushrooms after the spring rains.

“I look at them like introducing pike into a trout lake,” the Living Wage Coalition’s Ben Boyce says grimly. “The big-box model, left unchecked, will eventually consume most retail activity in this country.

“It’s already well on the way.”

In addition to being a regular ‘Bohemian’ contributor, Bruce Robinson is news director for KCRB-FM.