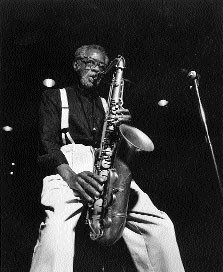 THERE WERE about 10 godzillion young guitarists living in Marin County in the late ’70s and early ’80s, eking out a living while honing their musicianship. But only one of them got up one morning and thought to himself, “What I’d really like to do is work with death row inmates at San Quentin.”

Now a Sebastopol resident, Ben Aronoff is that person. Since he began in 1982, he’s spent his time traveling the nation lecturing and performing his one-man show My Piece of Sky, a series of songs and stories about the nine men on death row he has known in the last 14 years. Aronoff’s own piece of sky will rain down Oct. 28 at Santa Rosa Junior College.

Acknowledging the unusual nature of his chosen vocation, Aronoff says: “I know, not a lot of artists go around witnessing executions,” as he did most recently when infamous “freeway killer” William Bonin was put do death earlier this year.

Aronoff, an exceptional guitarist who’s performed with the likes of Doc Watson and Mississippi John Hurt, explains that he started down his peculiar path back in 1982, when he first received a grant to teach guitar to death row inmates through the Bread and Roses Foundation, folk singer Mimi Farina’s Marin-based organization devoted to bringing entertainment to shut-ins of all kinds. “I just kept getting more and more involved with their lives,” Aronoff recalls.

Wishing to experience another aspect of life in San Quentin, Aronoff went so far as to enroll himself in California’s Correctional Academy during 1983-84, becoming the guard at San Quentin in charge of the prisoners’ hobby program. “It was an unforgettable experience,” he says. “The first day I was there, they put me on weapons duty with a pistol, shotgun, and Mini-14 [assault rifle] after having had a total of 20 minutes of firearms training at the academy. And another time, I went upstairs where there had just been a race riot, and they had 10 prisoners who had been involved lined up facing the wall. When they were led away, the prisoners left 20 perfect handprints behind on the wall, all in human blood. I’ll never forget that.

“San Quentin guards are like anyone else,” Aronoff continues. “There are some very special people among them, and some real dogs, too.”

In the end, Aronoff lasted only a year in his prison guard position until “they threw me out,” he says, an experience he declines to discuss in detail, other than to acknowledge that the humanist guitar player and the strait-laced culture of San Quentin were not a good fit.

Nevertheless, Aronoff continued his extensive contact with the death row inmates he had come to know and in some cases befriend, visiting them on a voluntary basis and developing his one-man show around the stories of their lives. In performances of My Piece of Sky extensively around the nation, Aronoff’s mix of music, storytelling, and increasingly vocal arguments against the death penalty has touched many listeners, while making others uncomfortable. “I’ve gotten mixed reviews,” Aronoff admits. “But typically the critics will attack my beliefs and not my performance.”

As Aronoff explains it, he isn’t out to turn his audiences into a gaggle of anti­death penalty crusaders. “But they are going to leave the auditorium understanding the prison system a whole lot more than when they came in,” he says. “And they’ll have had human faces put onto these people they hear so many things about from their politicians.”

As for his larger goal of turning around the public’s overwhelming support of the death penalty and other harsh anti-crime measures, Aronoff remains doggedly optimistic. “I’m completely hopeful,” he says, “because I talk to right-wing groups all the time, and I’m able to turn them around. Morality aside, it cost $23 million to execute Bob Harris [Robert Alton Harris, who in 1992 became the first prisoner to be executed in California since the state reinstated the death penalty], while it would have cost $600,000 to keep him in prison for the rest of his life. And as for ‘Three Strikes and You’re Out’–just wait until the taxpayers start having to pay for 100,000 65-year-old men with heart ailments. They’ll see that this revenge cycle we’re in isn’t working.

“I mean, I understand the motivation toward revenge,” he adds. “And I have nothing against putting a gun in [murder victim Polly Klaas’ father] Marc Klaas’ hand and letting him do what he wants to do. But, ultimately, how does that work toward solving the crime problems we all face?”