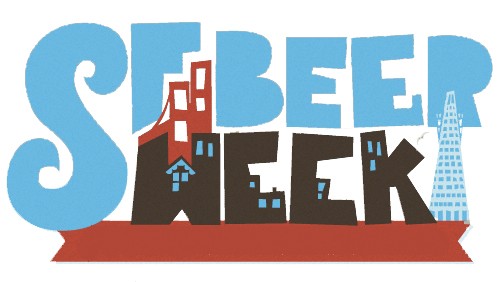 San Francisco Beer Week returns this Friday, Feb. 8. That “San Francisco” part is a bit of a misnomer, as nearly one-third of those events will be occurring outside of the City. And the “week” part is a bit iffy as well, as this week lasts 10 glorious days. Rest assured, the “beer’ part remains spot on.

For fellow imbibers looking to celebrate locally, there are a number of SF Beer Week events planned for the North Bay this year. Highlights begin with the Firestone Walker beer dinner (featuring acclaimed brewmaster Matt Brynildson) at Novato’s Hopmonk Tavern on Sunday, Feb. 10 ($65). Barley & Hops Tavern in Occidental offers a specially paired menu with Moonlight Brewing on Feb. 14 ($25), while newly opened Beltane Brewing in Novato releases its Mon Coeur Sauvage chocolate ale with raspberries that same day. (The latter is also a useful reminder not to forget Valentine’s Day.) And the Black and White Beer Ball ($37–$58), a semi-formal benefit headed by Ales for Autism, is held on Friday, Feb. 15, at the Santa Rosa Veterans Memorial Building.<

The Tap Room at Whole Foods Market in Coddingtown hosts a number of events throughout the “week” as well, releasing barrel-aged and sour beers from their cellar, hosting sensory training courses, and featuring a New Belgium Pint Night on Feb. 13. For full details, visit www.sfbeerweek.org