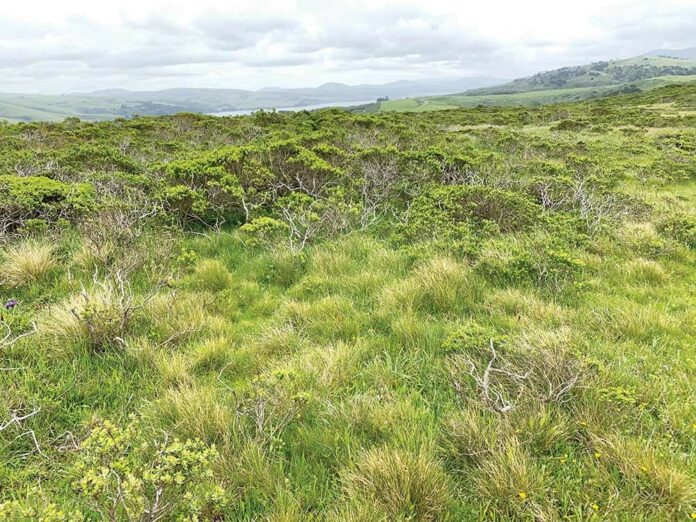 The latest chapter in the decades-long debate over the ideal use of the Point Reyes National Seashore may come to a close in the coming months as the National Park Service prepares to release an updated usage plan for the park.

The document will determine how the park lands will be split between wildlife preservation and cattle ranching interests in the coming decades. To put it too simply, it’s a battle between cows and elk.

Tule elk were once common throughout California. By the late 1800s, however, over-hunting had severely depleted their population.

Due to a little luck—in 1874, a rancher in the Central Valley spared a few elk sheltering on his property—the elk were saved from extinction. In 1962, the National Park Service established the Point Reyes National Seashore and, in 1978, the Park Service relocated 10 elk from the Central Valley to Tomales Point, a 2,600 acre fenced-in section of the park designated for use by the elk.

The elk began to recover and soon spread out of their designated area onto nearby Park Service lands where ranching is allowed. This resulted in a conflict that has existed ever since: What is the primary purpose of National Parks land, and how should the elk and cows on it be managed?

“It’s very likely that all of those elk died of thirst during the drought because there are no natural water sources where they’re penned in,” Jeff Miller, an advocate with the Center for Biological Diversity, told the news station.

In 2018, as a result of the lawsuit, the Park Service began crafting a new plan to regulate the future uses of the Point Reyes National Seashore lands currently leased to ranchers. In addition to creating the new plan, the Park Service is also required to study the possible environmental impacts of the new plan.

The Park Service’s preferred plan, Alternative B, would, among other things, extend ranching leases for 20 years—current leases are five years long—and require the Park Service to limit the population of adult elk on Drakes Beach to 120 by culling any excess animals.

The agency is expected to release a final version of the new plan in Spring 2020. Once the document is released, members of the public will have 30 days to comment before it is sent to the Park Service’s regional director for final approval.

If you’d like to learn more about the proposed plans, tune into the event below or visit www.nps.gov/pore.

A group of conservationists, biologists, film-makers and local leaders will host a panel discussion at 6pm on April 29. Find more information and RSVP at www.pointreyesrewild.org/events.