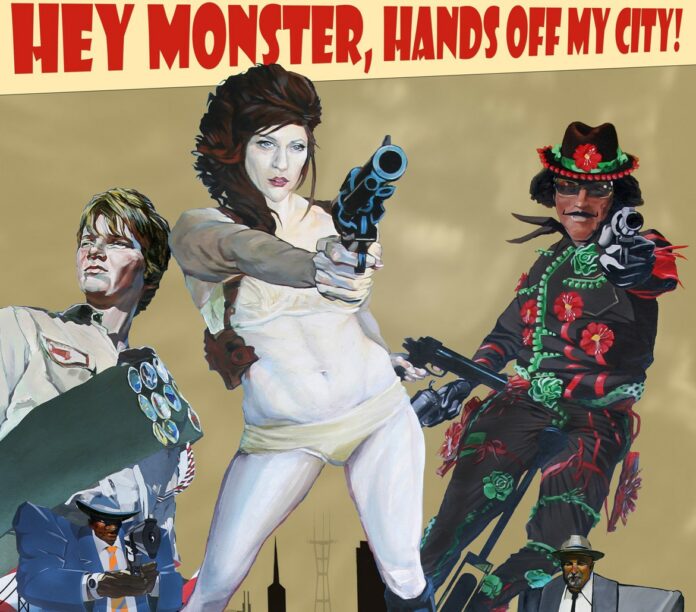 San Francisco artist and filmmaker Michael Meehan premieres ‘Hey Monster, Hands Off My City!’ this week. His latest film, based on his one-man play, is a bizarre monster/detective comedy, filmed entirely in the City and featuring several San Francisco actors and comedians. Revolving around a monster befriended by a well-meaning Boy Scout and the two detectives hot on the monster’s trail of mauled bodies, the film is also a stinging social statement that rails against corporate greed—and meter maids. The film premieres Aug. 20, at Throckmorton Theatre, 142 Throckmorton Ave., Mill Valley. 7pm. $15. 415.383.9600.