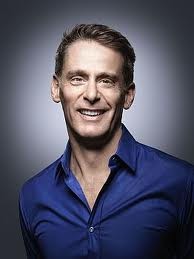 During a set in Paris a few years ago, comedian Scott Capurro illustrated his job by drawing a line in the air with his fingers. “Line. Crossing it. Moving line,” he explained. Much of the rest of the set wouldn’t be tremendously wise to reprint in all its graphic detail, but really, should anyone be that offended by a gay man joking about gay sex in 2012 anyway? Watch Capurro move the line forward while expertly shutting down hecklers and stroking the microphone stand on Wednesday, Aug. 1, at George’s Nightclub. 842 Fourth St., San Rafael. $10—$15. 8:30pm. 415.226.0262.