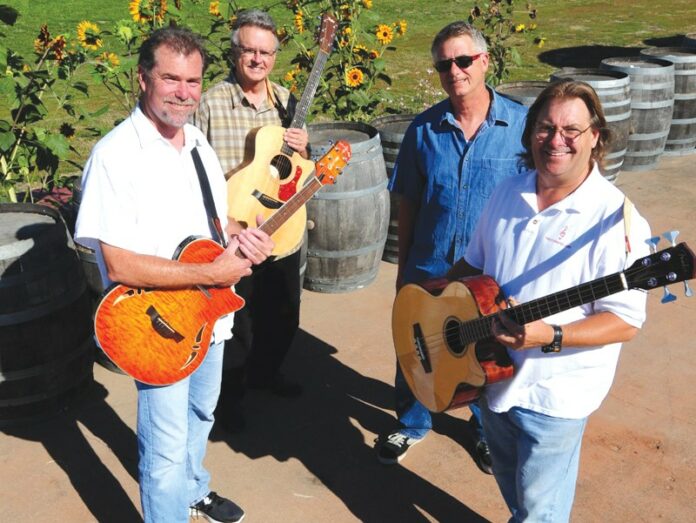 Taking in a concert in the great outdoors—around here, it doesn’t get much better. Except, that is, when it’s combined with supporting a state park. Bill Myers calls it Funky Fridays, and it’s happening each week at Sugarloaf State Park.

“Not many people even know there’s an amphitheater in the park,” says Myers, who also hosts monthly hikes in the park as a volunteer docent. This Friday, the Cork Pullers (above) take the stage at the 200-plus-seat amphitheater, playing favorites from Doris Day to the Dead. Other bands in the series include A Case of the Willys, the Jami Jamison Band, Twang Ditty and more, continuing each week through Aug. 30.

So far, the effort has raised about $1,000 per show to help keep the park open. It’s one of many fundraisers planned for the summer, including a Fourth of July hike to the top of Bald Mountain, with 360-degree views of almost 20 simultaneous fireworks displays.