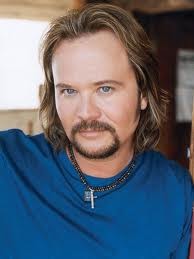 Before Randy Jackson sat though hundreds of off-key singers for American Idol, he was producing albums for someone who could sing, Travis Tritt. Performing since the early ’90s, Tritt started his career as somewhat of a bad boy with a heart of gold, his outlaw image a contrast to the honky-tonks and cowboy hats of the Billy Ray Cyrus era. The two-time Grammy winner has also seemed to age backward, looking better as the years go by. Hear hits like “Can I Trust You with My Heart” and “Tell Me I Was Dreaming”—which has an epic five-minute music video in which a pregnant wife dies but the unborn baby survives—when Tritt plays Saturday, April 20, at the Lincoln Theatre. 100 California Drive, Yountville. $55—$65. 9pm. 707.944.9900.