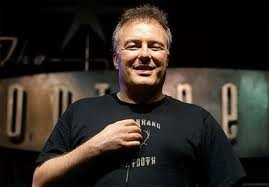 He’s a punk rock musician, a spoken-word artist, a Green Party politician and his name is Jello Biafra. Best-known as the lead singer and songwriter of the Dead Kennedys, Biafra steps out as a solo artist with his new band, the Guantanamo School of Medicine, playing songs from their album The Audacity of Hype alongside Dead Kennedys classics on Friday, April 22, at the Arlene Francis Center. 99 Sixth St., Santa Rosa. 8pm. $12. 707.528.3009.