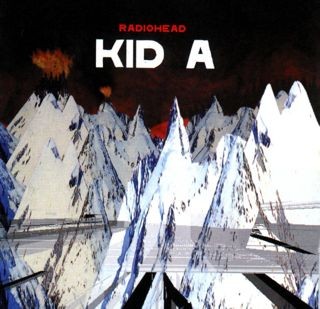 This week, EMI reissues the first 21st-century album worth canonizing.

The well-respected rock-snob “indie” website Pitchfork Media just named its top 500 songs of this quickly fading decade, with the overrated Outkast’s “B.O.B.” inexplicably topping the list. Sure, this intentionally left-field hipster move is irritating, but at least they had sense enough to give a top 10 spot to Radiohead’s “Idioteque”. This song from the year 2000 is truly deserving of commemoration, as does the whole Kid A album, which is reissued this week in a Collectors Edition. While nine years seems a short time, the premature repackaging is fitting for the polarizing record, which more than any other work reflects our accelerated age.

Much like Nirvana’s Nevermind was the symbolic musical kickoff for the 1990s, the landmark Kid A heralded the dawn of the 21st century. Everything about it is firmly entrenched in the modern age: Its homogenous, genre-defying blend of rock instruments, jazz, ambient instrumentals, orchestral arrangements and sampling/programming reflected a new heterogeneous mash-up culture. And Kid A was the first major release to be plagued by Internet leaking (via the original Napster a month before its release).

I’ll always remember Kid A’s online leak and the intense buzz it created on campus at the start of my senior year in college. There were descriptions like “spacey” floating around, theories that the title denoted a concept album about cloning, and the rumors that the British quintet had made the (best case scenario) Sgt. Pepper or the (worse case) Metal Machine Music of my generation.

Neither narrow assumption turned out exactly right, but Kid A’s importance is tantamount to Dylan going electric in 1965. Just as the rise of rap music drew a cultural line on the sand (It’s safe to say that those who didn’t grow up with hip-hop anywhere at all on their appreciation radar are decidedly “old”), Kid A’s use of electronics and sampling in what’s essentially still a rock record reflected a social shift toward accepting electronic and sample-based music as valid tools for creating aural art.

The importance of their status as the most widely recognized “saviors of rock” since the grunge era cannot be overstated. At the time of its release, with hip-hop’s new commercial dominance and the late-90s electronica craze in modern rock (not to mention rave culture’s pervasiveness), Radiohead was one of the few vital western bands still creating traditional rock music, most notably on 1997’s OK Computer, the prog-rock-ish critical smash. Kid A was definitely reactive to their new status (like Nirvana’s consciously rawer In Utero), but showed that computers could be trusted, not just as flourishes here and there, but as the basis for a 4- or 5-minute rock song. It’s a big reason groups like LCD Soundsystem, Justice and Thievery Corporation get a fair shake these days from rock fans & critics alike. The aforementioned “Idioteque” is actually one of their most melodic and “rocking” compositions, despite its sparse, taut production and instrumentation comprised of only programmed beats and keyboard chords (taken from pioneer Paul Lansky).

The rest of the album is just as compelling as ever, from the free-jazz coda of the throbbing “National Anthem” to the awkward yet accessible rhythms in the organ-driven “Morning Bell” to the more traditional guitar-based songs like “Optimistic”. Musically, the set seems to encapsulate the whole of modern music throughout, from jazz to arena rock.

The vocals remain just as impressive, especially how entrancing & catchy Thom Yorke’s odd vocals are. His robotic voice has, dare I say, soul throughout. The surreal, repetitive vocal loops spew catch phrases that were personal or universal, at times vaguely political or socially didactic, but always thought-provoking (“Yesterday I woke up sucking a lemon” / “Release me” / “Cut the kids in half” / “Women and children first” / “Big fish eat the little ones” / “Ice age coming” / “This is really happening” / “I’m not here, this isn’t happening”). Lyrically, a sense of confusion, panic, distress & horror appears throughout, which, as writer Chuck Klosterman pointed out, makes the album seem eerily tailor-made for the impending post-9/11 world.

While these lyrics make the strangest arena sing-alongs ever, that’s just what happened the following spring, when they embarked on their American tour shortly after my graduation. The bonus disc and DVD, which both feature live performances of the tunes, are actually fortuitous in their riches, giving an accurate portrayal of the band’s live show, the other triumph. The question at the time was if the electronic songs would be enjoyable live, but the most experimental songs from Kid A (and companion album Amnesiac) have endured in their live repertoire, especially “Everything In Its Right Place,” which comes alive with an insistent beat and live vocal looping/TV news sampling by Jonny Greenwood.

2001 was their peak, as far as I’m concerned (they haven’t released a uniformly great album since Amnesiac). I’ve seen them live a couple times since, but their June 2001 show at the Shoreline Amphitheatre is by far the best. They were on fire. Pick a cliché: they still seemed hungry, still had something to prove, & still were trying something entirely new for them. This was years before even Kanye West was in awe of them. I remember the lawn packed to the rafters, standing room only, and everyone jamming just as jovially to the unusual songs as they did to the few conventional numbers like “Fake Plastic Trees”. The thousands in attendance even enjoyed the cover of an obscure Can song, which is no easy feat for any band. Through Radiohead’s albums and show, the entire arena rock-show audience unwittingly became more adventurous.

This is, perhaps, Kid A’s most important victory. They’re currently the most beloved “indie” band in the world, although they were never on an “indie” record label. They went backwards, starting out “mainstream” and gaining credibility, which is the way it should be. Their rep was built on the integrity of the music itself and their staunch belief in it. Wouldn’t it be wonderful if all musicians, well-known and subversive, could transcend their pigeonholing in such a way? It’s funny but kind of fitting – in this unimpressed, post-everything age we live in – that I didn’t fully realize just how special Radiohead was at the time. Wow.The “Collectors Editions” and “Special Collectors Editions” of Kid A, Amnesiac, and Hail to the Thief are available now.