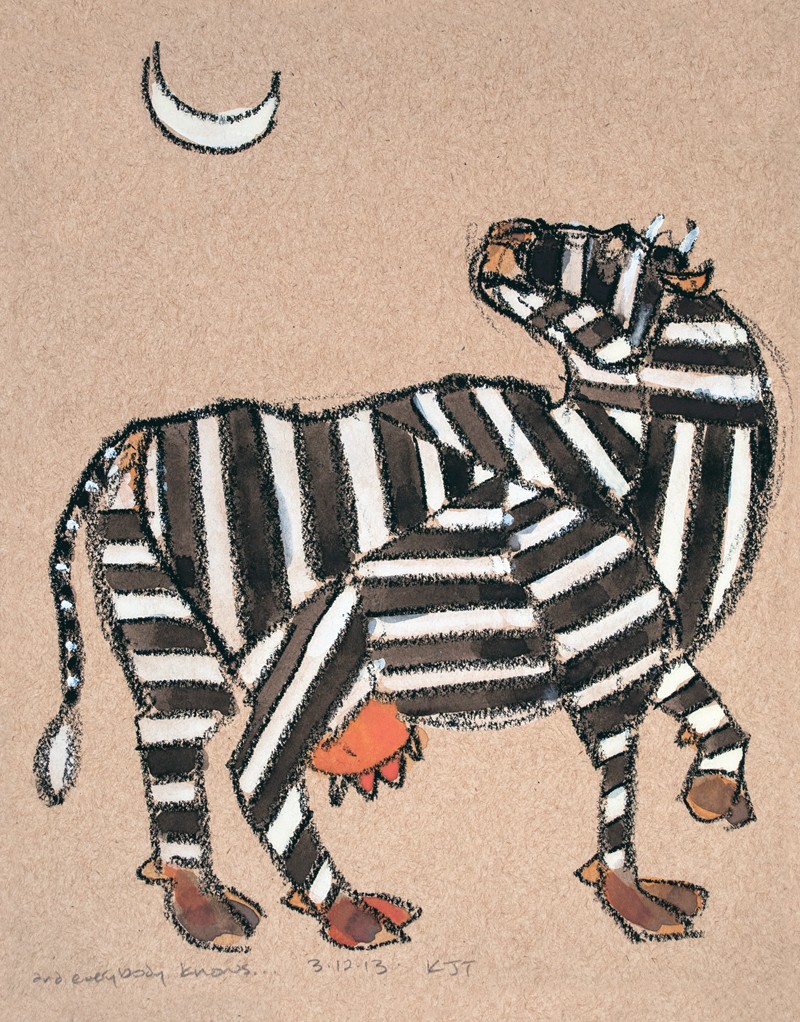 Kristen Throop still has a photo of herself at the age of three, standing at a wooden easel. But despite painting continuously for over 40 years, the Santa Rosa artist had never staged a solo show of her work—until this week, when “Rumination,” a collection of 8-by-10-inch gouache paintings, is celebrated with a reception at Backstreet Gallery.

Throop might have kept painting in relative quietude had it not been for a recent health scare. “I just got really clear that if I was gone tomorrow, I’d be really disappointed that I hadn’t given it my all with painting,” she remembers thinking after returning home from the hospital. In a period of recuperation and self-reflection, she adds, “I spent four months sitting around thinking, ‘Is that all there is?'”

Cows, calves and bulls are the subjects of the paintings in “Rumination”—subjects that initially came to Throop in a dream. Citing humankind’s long bond with cows and the cultural imprint they bear, Throop was inspired to complete 108 paintings, 48 of which are in the show. “All the cows are kind of self-portraits, in a way,” she explains. “They’re not bucolic cows out in the pasture—there’s a certain emotional or psychological component to all of the pieces.”

Previous ArticleTaking Plagiarism Out of Journalism, One Story at a Time