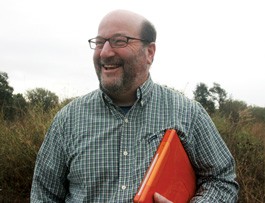 Advocate for the Advocates

While others stood by wringing their hands at the financial crisis, George Moskoff thought of nonprofits. In the thick of 2009’s woes, Moskoff, a Sonoma County&–based management consultant, saw an opportunity. His idea was simple: bring consultants looking for work together with nonprofits looking for a boost in performance.

What he’s come up with is essentially a nonprofit for nonprofits. The Minerva Project is Moskoff’s idea come to life, a loose collection of consultants in information technology, organizational development, finance and web design who use their talent and ambition to keep struggling nonprofits afloat.

For Moskoff, it’s the benevolent nature of nonprofits that puts their success at peril, especially from an administrative standpoint. “Because they are mission-driven, they don’t necessarily feel the need to be run like a business,” he says, speaking by phone from his Sebastopol home. “They might have a board of directors, but they don’t have any financial statements and they don’t really know where the money is coming from.”

Issues with computing metrics for performance or creating a transparent way of delineating a nonprofits’ cash flow have become pressure points for 501c3s, which work even harder to legitimize their funding to donors. But measuring a nonprofit’s success is no easy task, and definitely not one that understaffed nonprofits can shoulder on their own.

That’s where members of the Minerva Project step in. Just last January, Mentor Me Petaluma’s executive director Val Richman found her nonprofit in need of some metrics. The group matches adults looking to be a positive influence in a young person’s life with students in need of academic assistance. Richman noticed that testimonials from students and tutors, while offering riveting accounts of the program’s positive impact, lacked the quantitative punch that some potential donors want to see before they invest.

“Donors are increasingly asking for detailed information on outcomes,” Richman says. “[They’ll say], ‘You’ve got a great mission and we can see that. But is it really happening? Can you measure self-esteem?'” Richman turned to Merith Weisman, coordinator of Sonoma State University’s Center for Community Engagement, who promptly referred her to Moskoff’s budding project.

The two moved forward quickly, bringing members of Richman’s nonprofit in contact with IT professionals within the Minerva Project. Moskoff and his colleagues analyzed how one could measure the progress made by Mentor Me Petaluma with its young participants, meeting with both mentors and students to come up with a solution they called a “Q-sort tool.” Consisting of pieces of cardboard with questions, comments and statements, the device serves as a method for surveying grade-school and middle-school children, who put the pieces in piles labeled “Yes,” “No” or “I don’t know.” Moskoff and his colleague hope that an interactive survey, as opposed to a paper-based one, might elicit more accurate responses from the kids.

Mentor Me Petaluma and the members of the Minerva Project are a long way from knowing the value of their work. The team plans to administer a final, fully formed questionnaire at the beginning and end of the upcoming school year, and potentially expand the model in an online format to evaluate the nonprofit’s work with high school students. Even early in the process, Richman is impressed. “[Moskoff]’s got a lot of connections,” she says, “and immediately put out his antennas and asked, ‘What’s new and great in this field?'”

Perhaps the group’s popularity is due to its ability to resist categorization. Weisman, a longtime member of the nonprofit sector, says the Minerva Project’s lack of a standard procedure is the reason for the group’s quick turnover time in coming up with viable solutions. As one who assists charitable groups and has turned several over to Moskoff, she’s “been able to gain credibility for actually delivering. With Minerva Project,” she says, “it’s all about outcomes.”

Minerva’s group of consultants claims no official title, a condition Moskoff intends to keep. “I’m reluctant to encourage anybody to make it a more formal structure,” he says. “Everybody formalizes all these kinds of things and it ends up choking off a business or an idea. And that scares me. I’m not an advocate for tight regulation. In fact, I’m anti-rules.”

Always on the lookout for younger consultants with a variety of skill sets, Moskoff hopes that one day the Minerva Project will expand far beyond the scope of the North Bay. He’s currently working with three California State Universities to establish a partnership between students and the growing organization. “We find [working] at the university level to be very helpful in terms of establishing credibility very quickly for the Minerva Project,” he says.

Is he still set on California alone, or does he plan on reaching even farther than that? “Absolutely,” he says. “Nationwide.”

Ironically, the Minerva Project’s success is just as difficult to quantify as that of any of its clients. So far, Moskoff must rely on nods and smiles. “We haven’t created metrics yet, but we have happy clients,” he says. “They tell us they’re delighted with our work. They tell us they like us.”