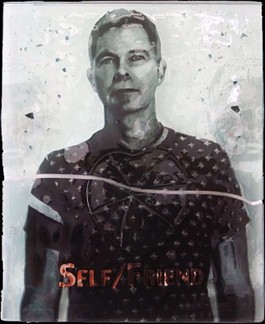 When Rick Deragon became executive director of the Napa Valley Museum last year, he inherited a veritable pile o’ trouble. Due to mixups, misunderstandings, bureaucratic snarls and a fairly fast turnover in leadership, the lease on the museum from the state of California, for example, had never been paid. Never, not once in the museum’s entire history. After digging through every dusty file he could find, Deragon finally found the document in storage and got things straight. Next up, 20 board members had to be let go, leaving just five. Membership? Dismal.

Today, the NVM is in little danger of being evicted, is back up to 16 board members and has almost a thousand Napa County residents pledging to support its programming. A marriage of history museum and fine art exhibition space, the NVM has opened its main gallery to a sit-down meal for 65 cooked and served by museum staff, has expanded its commitment to area children, has organized and exhibited a definitive show by sculptor Stephen De Staebler and now offers monthly events like the Parisian-themed Oct. 17 evening with the Hot Club of Marin, a trio devoted to the music of Django Reinhardt and those gaieties first enjoyed during the Depression.

Exhibits are now three months long rather than the rapid six-week schedule that causes museum folk to keep jumping and the latest show is one that’s worth a good long browse. Titled “Corpus Perspicuus Body Transparent,” it features the work of three vastly different artists—Cheryl Calleri, Tobin Keller (whose “Self-Friend” is above) and Thekla Hammond—all working in different transparent media to explore the familiar landscape of the human form. Calleri works from the realm of science, asking a question and then following it through; Keller works on photo screen-printed glass, building up layers to render and obscure portraiture; and Hammond hangs life-sized acrylic sheets from the ceiling that the viewer may interact with.

“I have lots of big plans, and the trick is to unfold them gradually,” Deragon says thoughtfully. “It’s a beautiful spot, but we’re off the beaten path, and one of my tasks is to remind people that we’re here.

“But our biggest challenge,” he says later, “is to activate the community.”

Get activated when the Napa Valley Museum opens “Corpus Perspicuus” on Friday, Oct. 9, with a reception from 5:30pm to 7pm. Exhibit continues through Nov. 18. 55 President’s Circle (at the Yountville Veterans Home), Yountville. Free. 707.944.0500.