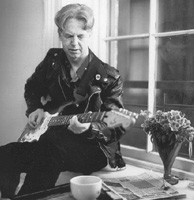 World Trade Center, the new film by director Oliver Stone, would seem to be the perfect cinematic subject for an emotionally powerful postfilm conversation. The film, set during and just after the events of Sept. 11, 2001, tells the gripping real-life tale of Port Authority officers Will Jimeno (Michael Peña) and John McLoughlin (Nicolas Cage), two of only 20 survivors to be pulled alive from the rubble of the Twin Towers. It’s the story of regular folks forced by extraordinary circumstances to reach beyond their fears and frailties in order to help total strangers. It also re-creates a defining moment in American history the event that led to the spectacularly unsuccessful war currently slaughtering civilians in Iraq.

What could be richer fodder for conversation than that?

It doesn’t matter, ultimately, because after weeks of making inquiries, I haven’t found one person who will agree to see World Trade Center with me. A long string of writers and experts have turned me down, from Dennis Smith, author of the book Report from Ground Zero: The Story of the Rescue Efforts at the World Trade Center to Lee Templeton, my sister-in-law, whose popular online radio show, McSorley’s Pub Radio (www.onenightatmcsorleys.com), was directly inspired by the events of 9-11. The disinclined all have good reasons, summed up in Lee’s concise reply, “It’s just too soon.”

But perhaps the most moving refusal came from author-playwright-musician Larry Kirwan, the lead singer and guitarist for the gritty New York-based Irish rock band Black 47, whose downtown Manhattan pub appearances have always been heavily attended by members of the New York City Fire Department, a huge fan base that was cut in half when the World Trade Center came down.

“I have no interest in the world in seeing that movie,” says the Irish-born Kirwan, speaking by phone from New York. “It’s been five years, and I think the initial shock and hurt of 9-11 has worn off a bit, but there’s still a deep scar underneath the surface, especially if you knew people who died in the World Trade Center, or if you saw it fall with your own eyes. It’s a very personal subject to a lot of people.”

Kirwan’s moving 2005 memoir, Green Suede Shoes: An Irish-American Odyssey, ends just after Sept. 11, a day that has affected the music of Black 47 ever since. Known for the raw intelligence and wry wit of their songs, Black 47–who will hit San Francisco’s Red Devil Lounge on Sept. 8–have always celebrated the actions of unextraordinary people, working-class folks whose primary act of heroism is getting out of bed each day and going on with their lives.

Their 2004 album, New York Town, is a stirring collection of tracks that tell the story of pre- and post-9-11 New Yorkers. Presented in a gorgeous series of loosely unconnected songs, the album reflects how New York was transformed that day, and how that change continues to touch the people who live there.

“Moments like 9-11,” Kirwin says, “those are both our worst and our finest moments. They show what we human beings can be capable of, those moments when we rise up and do unthinkably heroic things for one another. At those times, we glimpse a view of what we can be like all the rest of the time, instead of just rising to the occasion when there’s a big, terrible tragedy. But tragedies do show us what we are really made of.”

Kirwan lives about a quarter of a mile away from the World Trade Center, and he was at home, reading about the New York Mets, when the attacks began.

“The plane came so close over my building I actually ducked my head under the table,” he says. “I thought it was coming into my building. It was like, ‘Holy shit!’ I remember going up to the roof right afterward, instantly, and I watched the whole thing from there.

“There’s no question that New York changed, in a matter of seconds, on Sept. 11,” Kirwan continues, “and the change isn’t just that two important buildings went down and that 3,000 people died. A certain spirit left the city at that point. Those 3,000 people were young, they were go-getters, they were out there living the dream of New York. That particular zest that they had, the feeling of adventure and that belief that nothing could curtail them, that spirit had been felt all over New York City until those planes hit those buildings.

“When their collective spirit was snuffed out, there was a huge void left behind. I still feel it.”

Immediately following the collapse of the towers, as armies of rescue workers replaced the throngs of day workers who once filled the streets, Black 47–who had a standing Saturday night gig at Connolly’s Pub in midtown Manhattan every winter–began to play there every single Saturday night.

At night, while the rest of the area was deserted and all the shops and cafes were dark, word spread that there was one show still bringing some life to the devastated downtown. Crowds made up of surviving firefighters, police officers and rescue workers packed Connolly’s each week for Black 47’s shows.

“It was really strange,” says Kirwan, “because crossing Times Square was like walking across one of those Old West towns where the tumbleweed rolls through it. There was nobody there. So those shows on Saturday nights, they were intense, because people really needed to let their hair down, they needed to try and breathe a little.

“At the same time,” he continues, “those first few weeks, we didn’t know who was dead and who was alive. We had so many fans who were in the police department and the fire department. It was just incredibly, incredibly hard, but it was like a mission for us, it was something we felt we had to do. We didn’t know all of our fans’ names, but we knew a lot of the faces of the regulars who had always come to our shows before 9-11. So the band, we sort of put it together, face by face, and that’s how we eventually figured out which of the regulars were dead. We started paying attention to those people who didn’t show up, and we eventually figured out who was gone.

“And then,” Kirwin says, “as more and more bodies began to be identified and the Times started printing 30 or 40 pictures a day of people who’d been killed, we’d suddenly play these gigs where people would come up to us with pictures from the paper and ask us to play ‘James Connolly’ or ‘Banks of the Hudson,’ saying, ‘This was my friend’s favorite song. Would you play it?'”

Kirwin pauses. “You know what the worst part was?” he asks. “The worst part was when we didn’t recognize the face. These were people who had had a really visceral connection with our band, and now they were dead–and we didn’t know who they were. It didn’t feel right. I suppose that’s part of why I won’t see the movie. It’s not that I’m avoiding reliving those days. I don’t need to relive them. They’re still right here.”

There’s one other reason Kirwan says he will not bring himself to see World Trade Center–and why so many other people seem similarly disinclined to see the film: the war in Iraq.

“One of the awful things about 9-11,” explains Kirwan, “is that the opportunity we were given at that moment, the opportunity to change the world for the better, that opportunity was lost–all because we have a venal, unimaginative person as president. Think about that. Right after 9-11, the United States would have done anything to change itself. We would have given up driving one or two days a week. We would have willingly rid ourselves of our complete dependence on foreign oil. We would have changed the way we view and communicate with the rest of the world. A Winston Churchill-type person, had he been in charge of that moment, could have changed the world.

“Those kinds of opportunities come along every 30 or 40 years, and we lost it,” Kirwan says. “That is the true tragedy of 9-11. Our opportunity to turn the world upside down for the better was squandered, because we let this evil person lead us into a war in Iraq, and he used the memory of the victims and heroes of 9-11 to take us there.”