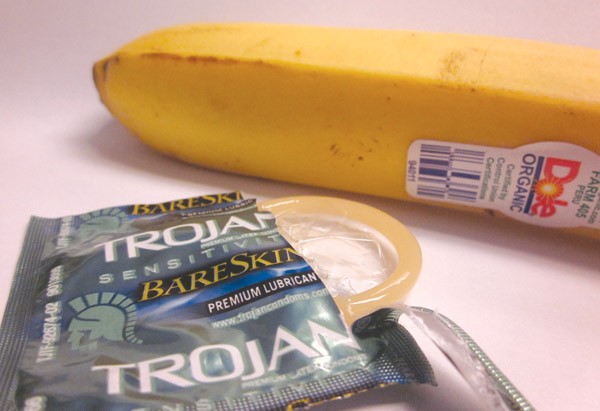 After a year of coordinated assaults on Planned Parenthood, “personhood” initiatives that stood to make oral contraceptives illegal and other attacks on protected sex, we have come to a bizarre moment. The war has been declared, the battle lines are drawn; “not getting pregnant” is the new abortion.

Welcome to the war on contraception.

The Catholic Church’s fight to forbid insurance-provided birth control to employees of religious organizations—and the all-male panel on a House Oversight Committee hearing on contraception—has officially codified this war. But in the midst of all this, a few questions stand out; namely, how is it in a country where 99 percent of women have used birth control that we are fighting over whether people should have access to contraceptives? How did a position this extreme and alienated from the will of the people enter the mainstream political conversation?

“People are talking about, ‘Oh, the war on contraception has begun.’ It hasn’t begun,” author Christina Page says. “What’s begun is that we finally have the agenda in its full bloom in Congress.”

In her book How the Pro-Choice Movement Saved America, Page argues that right-wing attacks on abortion are merely cover for a far more radical agenda. The real target of organized anti-choicers, she says, is not abortion. Abortion is simply the divisive, emotional topic used to mobilize grassroots support. The real target of the organized anti-choice movement has always been birth control.

Page says she’s been recommending since 2008 that reporters ask all GOP candidates about their position on contraception. “The media wasn’t willing,” she says, “because they thought asking made them look foolish.”

Fast-forward to the current day, and all current Republican presidential candidates have publicly opposed access to contraceptives.

It’s worth noting how very far from the mainstream the roots of the anti-contraception movement are. Page mentions QuiverFull, a radical religious movement aligned with the Christian Patriarchy Movement (yes, they actually call themselves the Patriarchy Movement). QuiverFull believes that children are a blessing, and that to refuse such a blessing under any circumstances, in any way or for any reason, is a sin.

Oh—and also that true believers will impregnate their wives as many times as humanly possible, in order to raise an “army” and eventually rule the United States.

In the grand scheme of wacky cult strategies for world domination, this one’s fairly practical: they plan to overcome through sheer numbers. But examining the Patriarchy Movement is useful to understanding what it would look like if we lose the war on contraception. Jim Bob and Michelle Duggar, the most high-profile representatives of the movement (who star on a reality show, 19 Kids and Counting), recently tried for their 20th child.

Women in the movement are kept from working not only by religious rhetoric but by the sheer physical burden of cycling rapidly through pregnancy and childbirth while bearing sole responsibility for massive amounts of domestic work. Daughters are enlisted early to assist, and like their mothers, they work full-time.

Of course, denying women education and income and putting them in a near perpetual state of physical vulnerability makes them dependent on men. Which is the point. As Libby Anne, a woman raised in the Christian Patriarchy Movement, puts it, “A woman is always under male authority: first her father, then her husband and perhaps, someday, her son.”

Anti-contraception politicians are not about to frame their policies in such stark terms. (Santorum has come close, claiming that contraception is “a license to do things in a sexual realm that is counter to how things are supposed to be.”) Ann Neumann, editor of The Revealer, says the agenda has emerged from a complicated set of alliances—the political heft of the Catholic Church allied with the cultural heft of evangelical Christianity; social conservatives allied with fiscal conservatives; attacks on women allied with attacks on publicly funded healthcare—that pursue goals largely through bait and switch.

“Fiscal conservatives have an interest in leveraging religion talk to their anti-entitlements objectives,” Neumann told me. “If you push a free-enterprise Republican on the cost savings of free contraception, their second line of defense will be the moral one. In other words, free-enterprise folks are necessary to this mix in that they cover for the social conservatives.”

This approach works for attacks on reproductive healthcare, Neumann notes, in a way that wouldn’t work for other medical issues, simply because of whom it affects.

“Contraception and any other reproductive care,” she says, speaking on that which affects 100 percent of the world’s population, “has been ghettoized as women’s.”

Sady Doyle is the founder and publisher of Tiger Beatdown, a blog about gender.

This article originally appeared in In These Times.