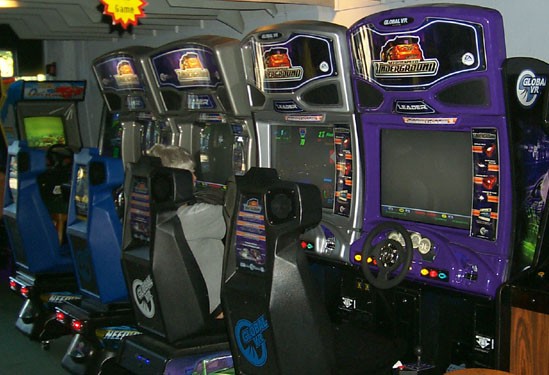 In the late ’70s and much of the 1980s, when people wanted to play the latest video games, they didn’t turn on the TV and fire up the PlayStation. They went down to the nearest video arcade, dropped some quarters into the blinking, blurring, electronic-music-making machine of their choice, and were transported—right there in public—into a world of space invaders, centipedes, Pac-Men, paperboys and asteroids. Today, the once-thriving arcade biz has been driven to near-extinction by the multibillion dollar, often-internet-driven home-video-game business, providing an endless stream of interactive entertainment for the lonesome formats of television, laptops, tablets and cell phones. But there are still a few places to play your favorite game in public, alongside others who still appreciate the noisy thrill of the live arcade experience. Video Bob’s Starbase No. 1 Arcade, in downtown San Rafael, is a good, old-fashioned, bells-and-whistles mom-and-pop operation, not unlike the one nostalgically portrayed in the hit animated movie Wreck-It Ralph. One of the last dedicated arcades in the Bay Area, Star Base Arcade, run for years by Bob Allbritten, is a splash of newfangled video magic with the pleasantly retro charm of days gone by. 1545 Fourth St., San Rafael, 415.459.7655.—D.T.