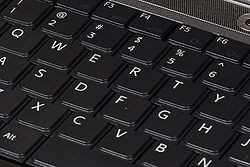 The best thing about that band of dweebs or gang of nerds or whatever they’re called is their personalized cars. Let’s not forget that this PC repair team from the big yellow and blue store uses these cars to provide mediocre, overpriced service that eventually devolves into a suggestion to buy one of their new computers. And when you drop off an ailing laptop or desktop, service takes forever, despite their seemingly large team of technicians. Located in the Sun Valley area in west San Rafael, NorthBay Computer Systems has been helping PC owners get back online and on task since 1995, without the pushy sales speak, long turnaround times and exorbitant costs. The staff provides network setup and server administration in addition to virus removal and the recovery of a crashed hard drive. Ed von Emster has patronized both. “NorthBay fixed our desktop in a few days, were easy to deal with, and also offered great advice and free service on virus protection software,” says the longtime Marin resident, who was burned by that other place one time too many. “We had them transfer files from our old desktop to a new one,” he says of the alliterative big-box. “That took almost two weeks!”—David Sason