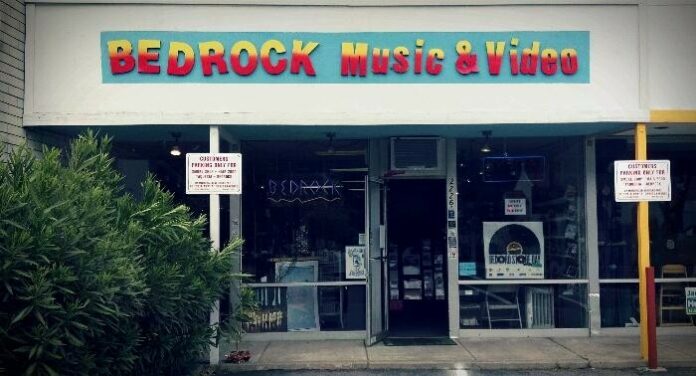 Since it was founded back in 1988, Bedrock Music has been an oasis for central Marin music lovers caught in the bustle of the Miracle Mile. Boasting an impressively wide genre selection for such a slight store, the store has gem-heavy vinyl bins that sometimes reveal 45s from Phil Collins, Cyndi Lauper and other random ’80s pop stars. It’s owned by Four Winds West, a transitional nonprofit providing vocational training to at-risk young adults, so you know your dollars are going to a better place. The greatest contrast with corporate culture is undoubtedly their shift to Bedrock Music and Video a few years ago. With a focus on art house and foreign films in addition to popular titles, they’ve filled a desperate need for a DVD rental store in North Marin, especially after the recent closure of the beloved Movie Star Video in Ignacio. Unlike the big, red-slot-machine-looking thingie at every supermarket in the world—with its deceptively low daily rental price—Bedrock carries the latest TV shows on DVD. They’ll even give you an extra day or two if you need it, free of charge. Who can watch a whole season of Boardwalk Empire in a weekend, anyway? 2226 Fourth St., San Rafael. 415.258.9745.—David Sason