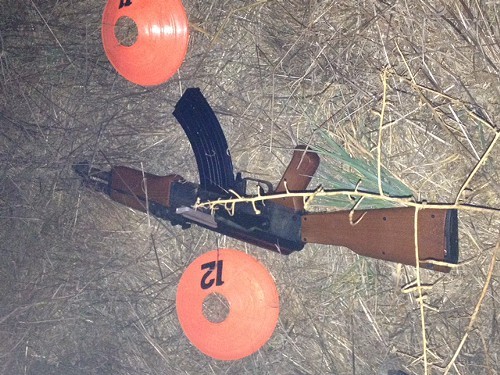 The shooting took place at Moorland and West Robles avenues just after 3pm. Two deputies saw a male subject with what looked like an AK-47-style assault rifle. Deputies say they repeatedly ordered the 13 year-old to drop the gun. When he did not comply, deputies fired several rounds, striking him several times. Unresponsive, the boy was handcuffed before deputies requested emergency medical assistance. He was pronounced dead at the scene by paramedics.

The boy was identified in the Press Democrat as 13-year-old Andy Lopez. After he had been shot, deputies discovered the weapon he had been carrying was a replica. He also had a plastic handgun in the waistband of his pants, deputies said. He reportedly lived in the area with his family.

This is the third officer-involved shooting in Sonoma County this year. The investigation will be handled by the Santa Rosa and Petaluma police departments, in addition to the District Attorney’s Office.