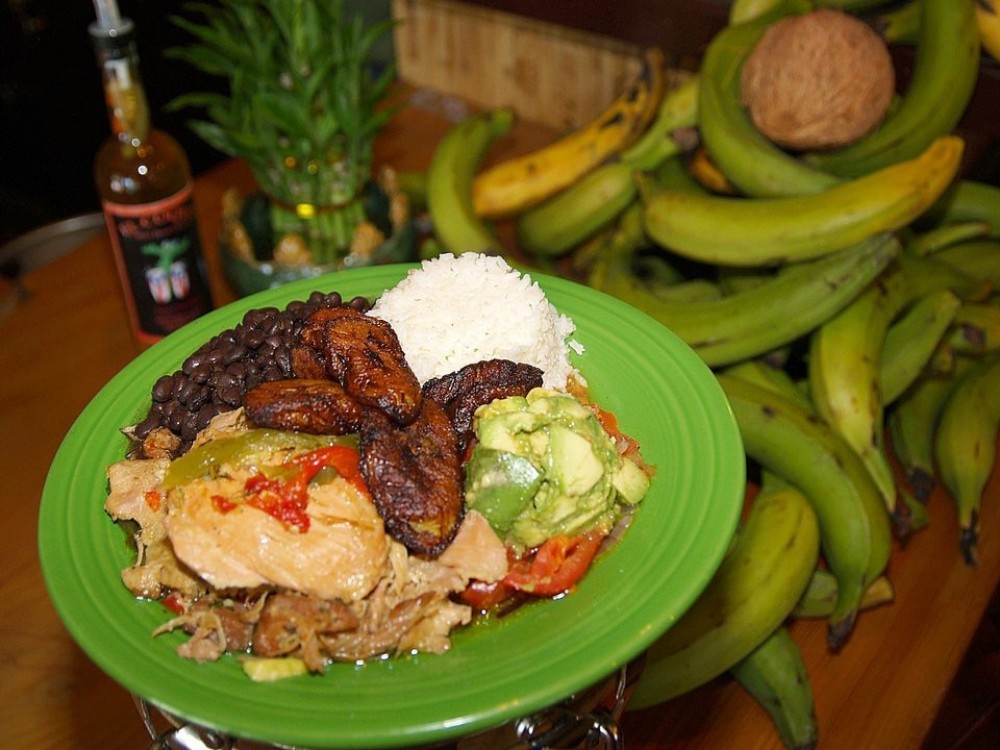 Customers craving homemade Puerto Rican food will drive from as far away as Sacramento or Santa Cruz to eat chef Jacqueline Roman’s dishes at El Coqui in Santa Rosa.

“We get customers who actually break down into tears,” said Jacqueline’s partner and co-owner Tina Jackson. “They’ll tell us it tastes just like their mother’s. Or their grandmother’s. Big guys with tattoos have come in and cried.”

Jacqueline is proud of the fact that her small kitchen is reminiscent of the one in which her grandmother taught her to cook. She was raised in New York city by that grandma, who was born in the mountainous rainforest of Jayuya, Puerto Rico. And she’s thrilled to offer dishes not that common in the Bay Area.

When Jacqueline creates her classic sofrito sauce from scratch, she isn’t just making dishes with fresh tomatoes, garlic, cilantro, onions and peppers. She is also conjuring up what her grandmother told her to do with each meal she serves: “Make your food with love.”

That also goes for her simple beans, rice and plantains dish, the fruit-filled sangria and her signature Pollo Al Horno—spiced oven-baked chicken thighs so tender the meat falls off the bone.

Her grandmother’s wise teachings have paid off. El Coqui has won numerous awards including the gold medal at the Sonoma County Harvest Fair for the Pollo Al Horno dish.

And the restaurant has won the best Latin food category in the Bohemian several times, along with the best new restaurant in the Santa Rosa Press Democrat. El Coqui was also featured on the Food Network.

Jacqueline and Tina had an unusual restaurant beginning.

Tina was shopping for furniture and Jacqueline was her saleswoman. They hit it off. And they decided to open a Puerto Rican restaurant together “in the peak of the financial meltdown,” Tina said. “It was a crazy time.”

They opened El Coqui in 2009, complete with second-hand equipment they bought for cheap as many other restaurants were going out of business at that time.

El Coqui was built with “sweat equity,” Tina said. “We did most of it with our own hands.”

Back then, their vision was that they might just be lucky enough to build a “small hole in the wall with four or five employees,” Tina said.

But they were thinking too small.

They now have roughly two dozen employees with thousands of customers visiting El Coqui each week.

Just recently, customers filled the front patio, salsa music played in the background and everyone’s cup was brimming over with house-made sangria.

“The vibe was just so good,” Tina said. “Our vision turned out much bigger and much more amazing than we thought it would be.”

Next ArticleBest Bay to Escape the North Bay 2022