.Why Most People Hate Their Internet Service Provider 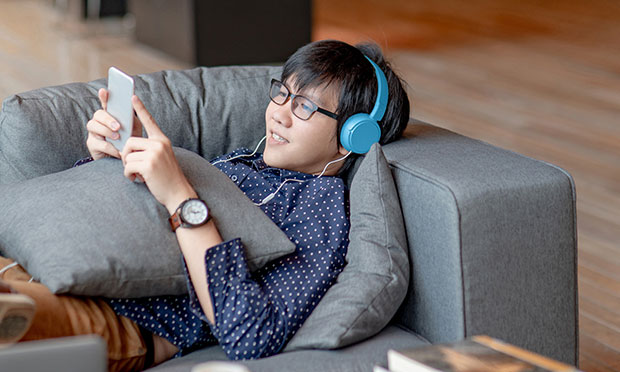 Most people hate their internet service provider. Distrusting the ISPs we pay for our connectivity has unfortunately become commonplace in America.

Let’s dig a little deeper into why so many customers find it hard to trust their internet providers.

They treat you poorly because they don’t think you have a choice.

The current climate of internet providers has created a lack of choice for customers. At a glance, it may appear that there are only a few large companies offering you internet services. This creates the appearance that your choice depends solely on the most readily available ISP in your area (and whether you prefer its logo to be blue or red).

The truth is, there are more internet providers to choose from than just the “big ones.” And while the process of dropping one provider and scheduling an installation with another can be a hassle if they don’t buy out your contract or cover installation fees like Sonic does, the benefits are undeniable.

This makes the question of what to do when your ISP raises your bill quite simple. Cancel your service and find a better ISP.

They change your monthly bill for any number of reasons.

The reality is many internet providers have more loopholes and shenanigans for raising your bill than many of us can possibly imagine. Most of the surcharges and small additions to your bill are only discoverable if you ask for a breakdown. And even then, investigating each and every additional increase can be exhausting.

Coming out of a promotional rate? Expect an increase to your bill. Unless you’re keeping track of exactly when that expires, it’s going to be a surprise that prompts an unhealthy cycle of calling to haggle your bill each month. And haggling should not be a solution. It should be grounds for cancellation. If they did it to you once, no amount of haggling is going to magically turn them into a good ISP.

Or maybe your bill has gone up incrementally and in odd amounts? There’s a decent chance the rental fees for your equipment have gone up. They said they wouldn’t change your monthly bill, but they never said that your equipment fees would always be the same.

If they are going to nickel and dime you for the internet that we all need access to, then kick them to the curb and find someone better. That’s why the Federal Communications Commission (FCC) recently voted to pass “broadband nutrition labels” for ISPs to organize their bills. This would allow more bill transparency in an easy-to-understand format for consumers.

Your speeds are often unreliable.

Internet access is not just about price though, it’s about the quality of your connectivity. When your connection is unstable or throttled, the entire purpose of your contract can seem hopeless and frustrating.

Internet throttling is when your ISP deliberately restricts your internet bandwidth or speed without telling you. While the purpose of throttling is to clear up congested networks or regulate Internet traffic, throttling can also be used to control the websites that consumers use on a daily basis.

In 2015 for example, Netflix was reaching a high point in its popularity. The streaming pioneer claimed almost 37 percent of the internet’s bandwidth during peak streaming hours. Cutting the cable cord was slowly becoming less of a fashion statement and more of the status quo as the public saw there was an alternative to outrageous cable costs.

Netflix was quickly singled out and throttled to the point of standstill until it paid Comcast to keep its access open. ISPs were able to functionally blacklist websites.

Since then, federal “net neutrality” regulations have sadly fallen away, but there is still hope. Just this year, California’s net neutrality law was upheld in court, giving states the authority to protect themselves if the Federal Communications Commission chooses not to do so. So, there is still some protection from ISPs throttling your internet.

If you just want to improve your internet connection though, there are also options available to consumers. First off, for your computer and other devices that need to be connected to the internet, get a hardwired connection from your router.

If you don’t have that option though, there are ways to improve just the power of your WiFi. Signal extenders can be utilized to daisy chain your connection throughout your house. They are more consistent than relying on regular WiFi but are not as good as mesh routers like the Amazon Eero.

Back to the topic of net neutrality, ever since Congress voted to eliminate FCC privacy rules in 2017, many ISPs have unfortunately found a new source of income for their business: their customers’ privacy. Your data is invaluable to them, and it’s not just for tracking your tendencies.

If you take a look at privacy policies across the internet, most ISPs make some claim about protecting your privacy. But often the wording is a little suspect. Comcast, for instance, promises, “not to sell information that identifies you.” What this actually means is that your location trends, credit scores, and even basic browsing behavior can be exploited to turn a profit. Many ISPs claim this isn’t the case, but lawsuits by knowledgeable watchdogs allege that some of these assurances are false.

While safeguards do exist to protect your data from being sold directly, consumers should beware of loopholes. Thankfully, there are also ways for consumers to protect themselves from their own internet providers.

A virtual private network (VPN) can give you online privacy and anonymity by creating a private network from a public internet connection. Sonic Internet provides a VPN for all its customers, as well as a dedicated promise to minimize data retention by keeping data from 0–14 days for dynamic IP addresses and other logs. We believe user data should not be retained longer than necessary, and that users deserve to have a clear understanding of their personal data held by other service providers.

Most ISPs do offer some way to opt out of data collection. Customers can go on their respective provider’s websites and find ways to initiate that process. But between slow response time and a lack of transparency, customers don’t really have much to trust.

As we move forward to repair the competitive marketplace that is the internet, price and quality only matter if we can trust our service providers. Sonic understands this. That’s why we are dedicated to honest and reliable service. The internet is for people, not ISPs.

Next ArticleVisual Feasts: Women, Cinema and Food Honored in Sonoma