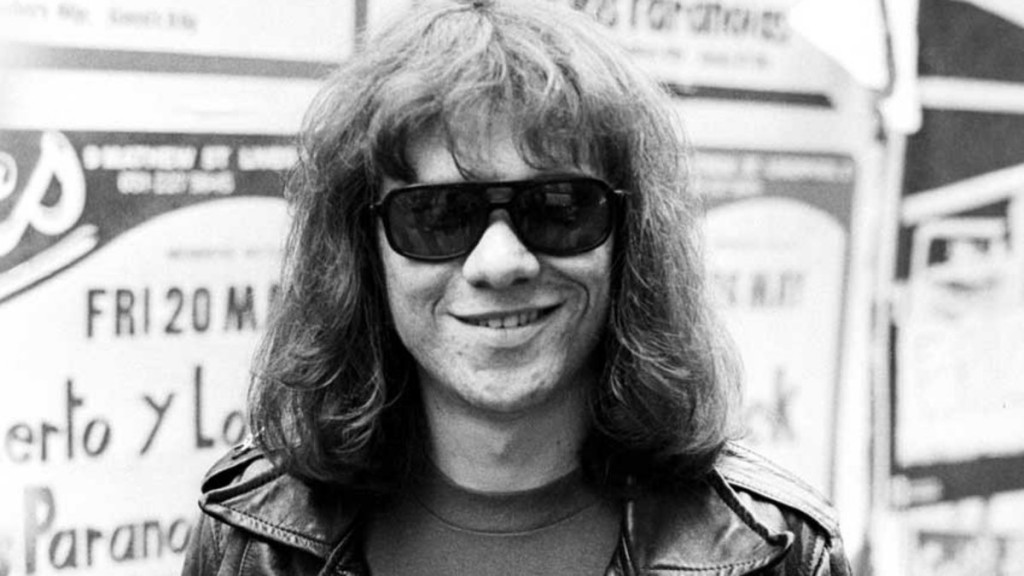 Last week, it happened for the fourth time. The radio alarm went off, and a “Morning Edition” host announced the death of a Ramone. Groggy and dispirited, I brushed my teeth, made coffee, put on a Ramones t-shirt—cheesy, I know—and went out to face the world, which otherwise continued as normal.
And then the funniest thing happened. I felt great all day.
Tommy Ramones was 65. A lot of the headlines read something like this: “Tommy Ramone, last surviving member of seminal punk band The Ramones, dies.” Which is only semi-accurate, since three former but non-founding Ramones are still with us: Marky, who replaced Tommy on drums in 1978; Richie, drummer during the Marky-less period between 1982 and 1987, and C.J., who replaced bassist Dee Dee in 1989. Emphasizing this seems in keeping with Tommy Ramone’s unassuming public demeanor. He was okay with the spotlight, but preferred to be out of it.
Even so, there’s a sense of finality to our loss of Tommy. For most punk devotees, experiencing the densities of that universe happened primarily though records, magazines, and 30-minutes sets at run-down music clubs. Only four people ever knew what punk’s storied big bang was truly like from the inside, and they’re all gone now. The music of the Ramones may be immortal, but its members were not.
The t-shirt I picked out to observe the latest occurrence of the traditional Ramones mourning period is pretty threadbare. I have three Ramones t-shirts, and nowadays I parcel them out only for special occasions. Wearing one makes me feel liberated, invincible. To commemorate Tommy, the t-shirt with an image of the cover of their 1978 album “Road to Ruin” seemed the most appropriate. Tommy had left the band by then, but he did produce the album, putting his given name, “T. Erdelyi”, in the credits.
Of all the Ramones, founding or not, Tommy was the least Ramone-like. He didn’t even look like a Ramone; in the plentiful black-and-white photographs of the group’s formative period in the late 1970s, he’s a short, impassive, frizzy-haired presence in a band of tall and dark scowlers with long faces (even Dee Dee, whose face was as round as a full moon, packed a long face to put a pouty horse to shame). Without Tommy, there’d be no Ramones. A recording engineer who ran a rehearsal studio, he managed the fledgling band as a pet project and hopped in on drums when they couldn’t find anyone who could deliver the straightforward style he had in mind. Thus, their personas emerged: Joey, the lovable weirdo; Johnny, the asshole; Dee Dee, the cute lunatic; Tommy, the pragmatist. Which is probably why no one ever says, “Tommy’s my favorite Ramone.” In a group of strong personalities, he functioned as a low-key buffer.
Lou Reed died back in October, and I know I’m not the only one who took it hard. Lou Reed couldn’t just die—he was Lou Reed! For months, inspired by the nudge of Reed’s death, I played “Songs for Drella”, “Transformer”, and all of my Velvet Underground albums every day, steeping in the perfume of the works he created. It was as if I was just a young whipper-snapper branching away from traditional radio pop and dipping my toes into the deep, alluring waters of arty outsiders for the first time.
I feel a selfish jab of darkness every time I see a breaking-news tribute to a lost public figure or beloved entertainer. If perennial fixtures such as Dick Clark and Casey Kasem can die, then so can my parents. So can the entire way of life I grew up with. So can I.
But after the initial shock sets in, a Ramone dying doesn’t bum me out. Leaving this planet is the final gift an artist or entertainer—these people whose music and words and images we are so intimately familiar with—gives to us. I rarely listen to The Ramones anymore, so sublimated is their essence into my existence. My heart beats a cadence of “Hey, ho, let’s go!” without me even thinking about it. But I played Ramones records, cassettes, and CDs all weekend long, and I reconnected anew with the things I like to think I strive for. Directness. Dynamism. And yes, pragmatism. Even just seeing the band’s name in its trademark blocky font furnishes a mainline rush to that heady time when I relied on a scrappy group of ersatz musicians to keep me going. And going, and going. We die, Ramones die. Inspiration endures.