.Tales of the City 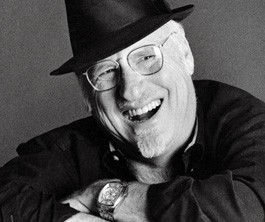 For 40 years now, Joel Selvin has dished the dirt in the San Francisco Chronicle on Bay Area music luminaries like Bill Graham, Sly Stone, the Grateful Dead, Journey, Creedence Clearwater Revival, Sammy Hagar, Jefferson Airplane, Bonnie Raitt and countless others. Those profiles and more are collected in his just-released, 400-page paperback anthology, Smart Ass (SLG Books; $19.95), but when asked which story he’s most proud of writing, the brazen-voiced Selvin doesn’t hesitate. “I’m really proud of getting Stanley Mouse his liver,” he says.Huh?

“He was checked into the hospital, in a coma, as Stanley Miller,” Selvin explains. “And his friends called me and said, ‘My God, Stanley’s gonna die, they won’t give him a liver, it’ll cost $350,000.’ So I put an article in the paper on the front page on Saturday, saying that this world-famous psychedelic poster artist is near death in a San Francisco hospital for want of a liver, and some doctor read the paper, saw that there was a liver in Arizona, and went ahead and slapped it in Stanley on Sunday and said, ‘We’ll send this upstairs for the finance guys to figure out on Monday.’ That’s the sort of stuff that’s exciting about being in the newspaper business.”Smart Ass evinces a true love of music with the kind of behind-the-scenes stories that have entered musical lore. There’s Sheryl Crow’s ex-boyfriend Kevin Gilbert, who helped catapult Crow to fame and committed suicide after she stole his songs. There’s Sonoma-bred luthier Doug Irwin, whom the surviving members of the Grateful Dead sued against Jerry Garcia’s final wishes. There’s Sly Stone’s insane behavior while recording There’s a Riot Goin’ On.

Selvin still recalls with pride the phone call he got in 1978 after a scathing concert review. “I didn’t catch the call, my first wife did,” he says. “He said, ‘Well, you’re his wife, I’m Bob Dylan. You tell him his license to review me has been revoked.’ I thought that was a charming thing for him to have said.”

Next ArticleOct. 20-27: Across the Bridge