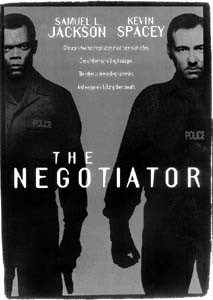 ADVERTISERS are now betting hundreds of thousands of dollars that you can and will be manipulated– in just a second. A guy named Wilson Bryan Key wrote a book almost a quarter century ago called Subliminal Seduction, claiming that if you look really closely at the airbrushed ice cubes in liquor ads, clothing folds in cigarette ads, or still frames from TV beer commercials, you can see dirty words and all sorts of organs and orifices.

I spent a couple of days afterward squinting at everything from Cosmopolitan magazine to the jar of honey in my fridge, and I’m here to tell you, there are weird things hidden in a lot of places, but the only sexy thing you can connect to a Ritz cracker is getting crumbs in the bed afterwards.

Some of what Key thought he could see is probably the result of a psychological phenomenon where you often see things you’re looking for, even if they’re not really there–like faces in the clouds, or the man in the moon, or a reason for another “Donny & Marie” show.

But we know there really isn’t any such thing.

(And by the way, in Los Angeles there’s a giant “Donny & Marie” billboard on Melrose Avenue behind my apartment building. There’s probably one on a street near you. Next time you see one, look closely. Is it just me, or does it sort of look like Donny is about to do an action-movie thing with his hands and snap Marie’s neck to the side, killing her instantly? My first thought was that maybe they were doing something on Pay-per-View, but no.)

But there is such a thing as subliminal communication, and it does work extremely well, because it bypasses the conscious mind. We see it every day in politicians and other skilled salespeople, who are able to tell us things we know are false with body language that powerfully communicates honesty. The non-verbal subliminal message wins. We believe them.

And the fact is, there is a lot of weird sex stuff in advertising, and it’s probably only there because it works. Did you ever really look at Joe Camel’s face? Look again. It was completely obscene–essentially a giant coital close-up with nostrils. Next time you tape a football game, slow down the commercials frame by frame and notice the incredible implied sexual violence some of them contain.

Or here–this one is easy–have a look at the bright red posters for the new movie The Negotiator, where Kevin Spacey and Sam Jackson stand side by side, glowering. Look at their hands, which could be positioned any of a million ways, and keep in mind that the studios spend millions of dollars on these things, so the final art choice can’t possibly be an accident. You won’t believe what’s right in front of you: a perfect silhouette of matched male and female genitals. Apparently the main thing they’re negotiating is which one has to sleep in the wet spot.

ONE of the earliest attempts at subliminal advertising was a machine called a tachystoscope, which would flash brief messages on a movie screen, stuff like “you’re thirsty” or “eat popcorn” or “this movie doesn’t really suck much.” It was never clear whether the thing really worked or not, and they don’t use it anymore.

But something very much like the tachystoscope is suddenly back in vogue–in television, where advertisers have begun buying one-second spots. The first one aired on ESPN just a couple of weeks ago. If the new tactic works–and I’d bet the ranch that it will–we’ll soon see (but just barely) a barrage of similar ads, battering our helpless subconscious minds into submission.

What can you do to fight back? Not much, as long as the TV is on. The ads are over before you can even recognize what they are. Which is the whole point.

So, once again … turn the dang thing off. Read a book. Protect your mind. Unless there’s something really cool on Pay-per-View.