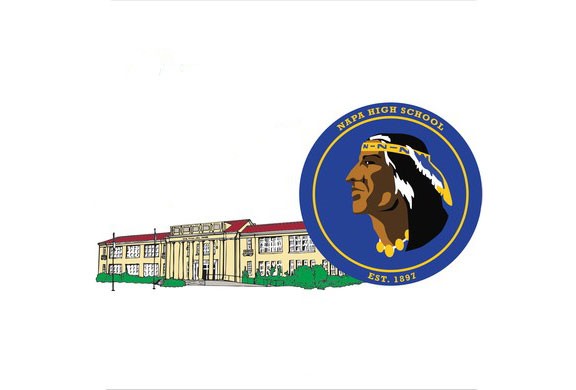 A civil complaint filed on behalf of a student claiming sexual assault brought the football program unwanted controversy. The lawsuit says the Napa Valley Unified School District, principal and coaches put up with a hazing tradition described as “aggressive, violent and brutal.” The hazing allegedly involved older players on the team using their fingers to violate the rectums of numerous younger players—though thankfully, through their clothing.

But Jesus Martinez, the varsity team’s new coach, is hoping to move forward. He is one of the coaches named in the ongoing civil suit. The district as a whole is also part of that civil suit, as is the current high school principal, Annie Petrie.

“Things are looking great, [the] kids are hungry and motivated and have been working hard in the weight room and on the field,” Martinez says.

There’s reason to be upbeat, as the Napa High Indians racked up a 7–3 record last year, only to get stifled in a postseason playoff game (the team did
lose its pre-seasoner opener
on Aug. 25).

But the only reason Napa High has a new coach is because of the alleged hazing resulted in a civil lawsuit and criminal charges.

Head coach Troy Mott stepped down as the legal system plodded along. Several students were charged with sexual battery by county prosecutors. But the football program didn’t succumb.

Martinez coached under Mott since 2006. He spent nine years as offensive coordinator under junior-varsity coach Nick Tedesco and was last year’s JV head coach. Martinez is a 2004 Napa High graduate and played four years of football, including starting quarterback on the 2003 team that made it to the section semi-finals. He’s also a police officer employed at Napa State Hospital and lives in Napa with his wife and young children. Most importantly for now, he’s eager to put the football program’s controversy in the past.

“The distractions were eliminated from day one,” Martinez says. “What happened, happened—we as a program addressed it, and we made sure that the kids understood that what happened could not and will not happen again. We needed to get the kids back on the football field and get their minds on something positive, and we did.

“It is not a rebuilding year,” he adds. “I feel when people use the phrase ‘rebuilding year,’ you are willing to fail. We, as Napa High coaches and players, are not willing to fail. For us, the expectations are the same as any other year and our goals remain the same—discipline, commitment, effort. It’s a different year with new beginnings [but] the same traditions and expectations. Napa High has always taken pride in being a disciplined program, and that will not change.”

Next ArticleSept. 3: Hop to It in Santa Rosa