.Five David Bowie Songs to Get You Through the Day 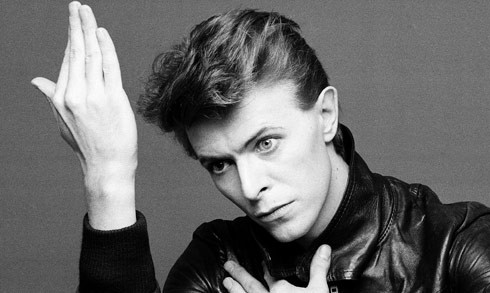 David Bowie, the Starman whose musical career spanned six decades and touched countless fans, died yesterday, Jan 10, peacefully surrounded by family after an 18-month battle with cancer. He was 69 years old.
As the world reacts in shock and dismay after losing the one-of-a-kind pop star and musical auteur, words don’t seem enough to convey the utter void left in his loss. So, I’m spending the day instead being immersed in the rock and roll bliss he left behind for the world. Here are five essential David Bowie songs to get lost in.
[youtube]https://www.youtube.com/watch?v=S5P63qGTm_g[/youtube]
I don’t know why, but when I read the news this morning, the first thing that came into my head was Bowie’s whispering at the beginning of “Queen Bitch,” the first Bowie song I can remember hearing and remember playing endlessly. It’s been stuck in my brain ever since.
[youtube]https://www.youtube.com/watch?v=iYYRH4apXDo[/youtube]
I could have made a list of just the spacey songs Bowie recorded in the 70s and as Ziggy Stardust, from “Life on Mars” to “Starman.” I’m listening to them all today, but for some reason “Space Oddity” is the one that is making me cry. Truly, the stars look very different today.
[youtube]https://www.youtube.com/watch?v=N4d7Wp9kKjA[/youtube]
“Let’s Dance” is a classic. This song and Bowie’s “Modern Love” always make think of being a child listening to the radio in the 1980s. Hearing it now takes me back to that feeling of innocence and wonder. Brilliant.
[youtube]https://www.youtube.com/watch?v=a01QQZyl-_I[/youtube]
Born out of a jam session between Bowie and rock legends Queen, “Under Pressure” is officially one of Queen’s most popular songs, though Queen guitarist Brian May told Mojo magazine in 2008 that, “David took over the song lyrically. It’s a significant song because of David and its lyrical content.” I couldn’t agree more.
[youtube]https://www.youtube.com/watch?v=y-JqH1M4Ya8[/youtube]
Bowie’s final album, Blackstar, came out just two days before his passing. It’s been confirmed by producers to be Bowie’s farewell opus, as the songwriter apparently knew his end was near. That makes the lyrics and content of his final video, “Lazarus,” all the more potent. The autobiographical dirge opens with the line “Look up here, I’m in Heaven” and ends with a chorus of “Oh I’ll be free, ain’t that just like me?”
Rest in Peace, David Bowie.