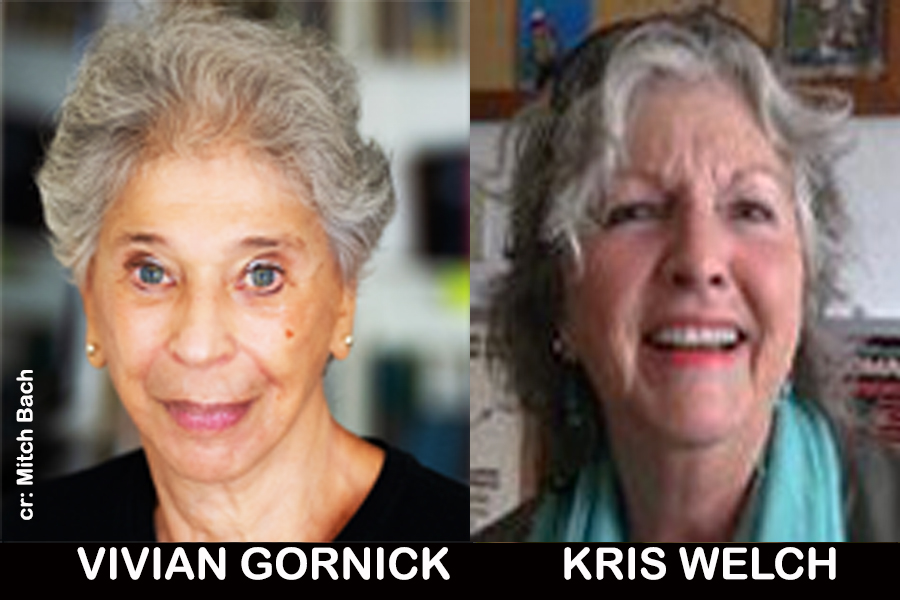 Taking a Long Look: Essays on Culture, Literature and Feminism

TAKING A LONG LOOK: ESSAYS ON CULTURE, LITERATURE AND FEMINISM IN OUR TIME is described by Publishers Weekly as “illuminating and a welcome addition to this astute critic’s oeuvre.”

Vivian Gornick has brought together 40 years of  her work. Alternately crackling with energy or lucid with insight, the essays show us one of America’s most beloved critics at her best. She tackles subjects familiar and not, from feminism, literature, and culture to race, science, and ecology. Many of these essays are now out of print, and several have been revised to reflect Gornick’s initial editorial intent. Featuring a new introduction, Taking A Long Look illuminates one of the main themes present throughout Gornick’s work: that the painful process of knowing one’s self is what connects us all.

Exploring the lives of Alfred Kazin, Mary McCarthy, Philip Roth, and Herman Melville; the cultural impact of Silent Spring and Uncle Tom’s Cabin; Gornick’s incendiary essays, first published in the Village Voice, on the women’s liberation movements of the 70s; plus many a New York story, these essays show us one of America’s most beloved critics at her best.

Vivian Gornick is a writer and critic whose work has received two National Book Critics Circle Award nominations and been collected in The Best American Essays 2014. Gornick became a legendary writer for Village Voice, chronicling the emergence of the feminist movements in the 1970s, and a respected literary critic. Her works include the memoirs Fierce Attachments-ranked the best memoir of the last fifty years by the New York Times-The Odd Woman and the City, and Unfinished Business: Notes of a Chronic Re-Reader, as well as the classic text on writing, The Situation and the Story.

Kris Welch is a veteran, very popular KPFA on-air host, a mother, and a devoted  grandmother.