The Wild and Scenic Film Festival on Tour 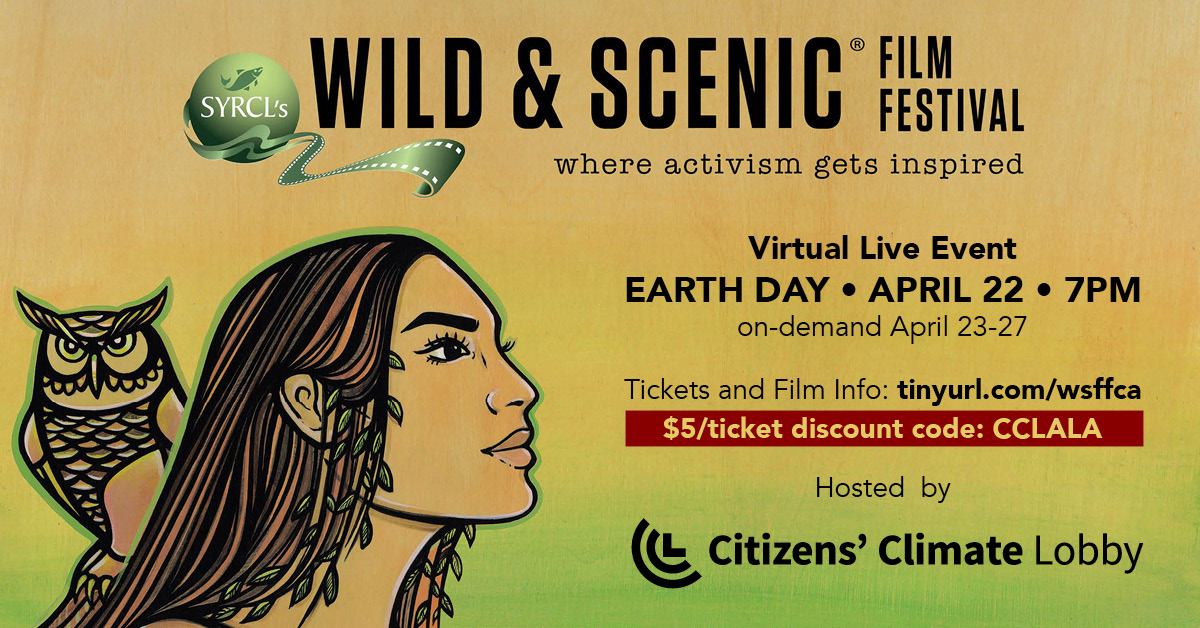 For Earth Day 2021, The Wild and Scenic Film Festival on Tour will be a “live virtual” Earth Day event, “Resist and Restore”, and will feature 15 films about local and global frontline communities fighting for environmental justice.

Included with every ticket is an on-demand bonus session featuring five amazing films about threatened wildlife and efforts to protect their habitats and save them from extinction. This includes the award-winning, feature-length film “Entangled” as well as four other films featuring endangered wildlife, from pangolins to snow leopards.   All films are available on-demand April 23-27.

All ticket proceeds go to support the work of Citizens Climate Lobby and this year’s co-hosts: The David Brower Center, Earth Island Institute, Citizens for a Better Environment, and Green the Church.

For more information on the films and tickets, go to www.tinyurl.com/wsffca