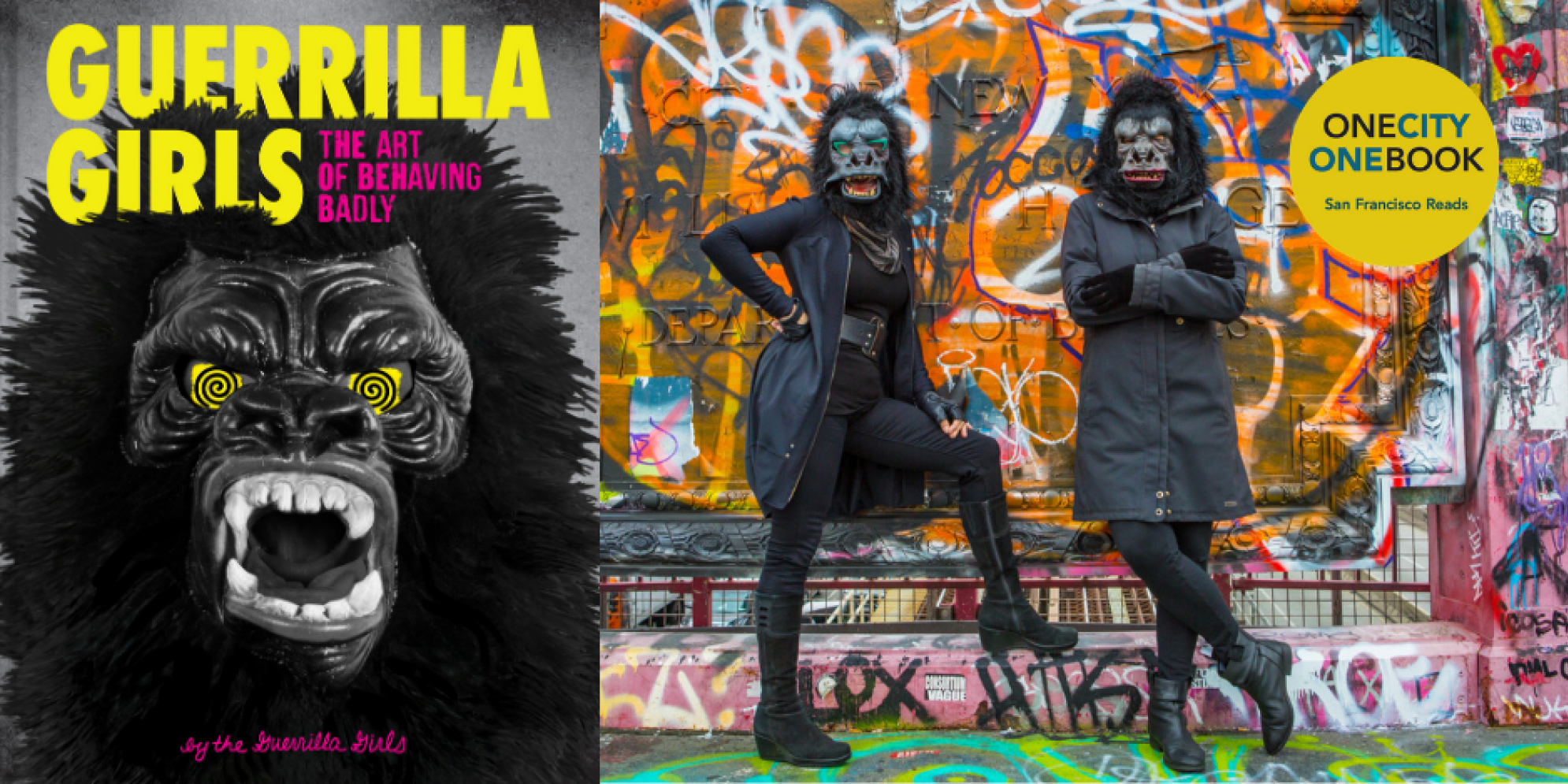 In celebration of their new book, Guerrilla Girls: The Art of Behaving Badly, Guerrilla Girls Frida Kahlo and Kathe Kollwitz discuss the book and their legacy, followed by a Q&A session.

The Guerrilla Girls are a group of political artists who have been exposing gender biases and discrimination in art and culture for over 30 years. Guerrilla Girls: The Art of Behaving Badly is the first book to catalog the entire career of the Guerrilla Girls from 1985 to present.

In 1985, a bunch of feminist masked avengers began plastering posters all over downtown New York. They named galleries, museums, critics, collectors and white male artists who contributed to an art system prejudiced against women and artists of color. Since then, the collective has produced hundreds of projects exposing bias and corruption in art, film, pop culture and politics. Their unforgettable graphics have become a global phenomenon. This is the first book to document the Guerrilla Girls’ entire wild career of provocative street campaigns, books, performances, large?scale exhibitions at museums and more. The Guerrilla Girls contextualize their visuals and elaborate on their intersectional takedown of the patriarchy in their own words  throughout the book. This isn’t a monograph-it’s a call to arms.

This program is sponsored by Friends of the San Francisco Public Library.

For accommodations (such as ASL interpretation or captioning), call (415) 557-4557 or contact [email protected] Requesting at least 72 hours in advance will help ensure availability.