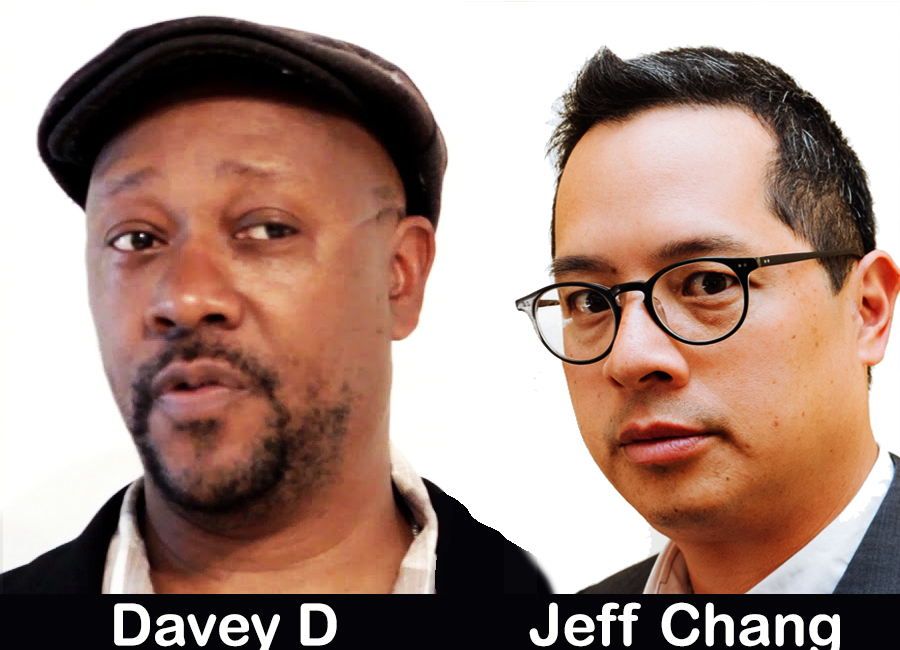 CAN’T STOP WON’T STOP: A Hip-Hop History is the story, adapted for young adults, of Hip-Hop, a generation-defining movement and the music that transformed American politics and culture forever.  Arguably the most definitive book on the subject of hip-hop, CAN’T STOP WON’T STOP has garnered many honors, including the American Book Award and the Asian American Literary Award. Jeff’s subsequent work has won the Ray and Pat Browne Award for Best Work in Popular Culture and American Culture, and was a finalist for the NAACP Image Award, the Dayton Literary Peace Prize and Books for a Better Life Award.

Hip-hop is one of the most dominant and influential cultures in America, giving new voice to the younger generation. An opportunity to provide historical depth to the next generation’s worldview, the YA edition of CAN’T STOP WON’T STOP explores hip-hop’s beginnings up to the present day. In this new edition, Jeff Chang and Dave ‘Davey D’ Cook provide a provocative look into the new world that the hip-hop generation has created. Based on original interviews with DJs, b-boys, rappers, activists, and gang members, with unforgettable portraits of many of Hip Hop’s forebears, founders, mavericks, and present-day icons, CAN’T STOP WON’T STOP chronicles the epic events, ideas and the music that marked the Hip Hop generation’s rise.

JEFF CHANG has written extensively on culture, politics, the arts, and music.

DAVE ‘DAVEY D’ COOK was born and raised in the Bronx and is now a longtime resident of Oakland. He is a graduate of Cal Berkeley and a nationally recognized journalist, adjunct professor at San Francisco State, Hip Hop historian, political commentator, syndicated talk show host, radio programmer, media justice and community activist.