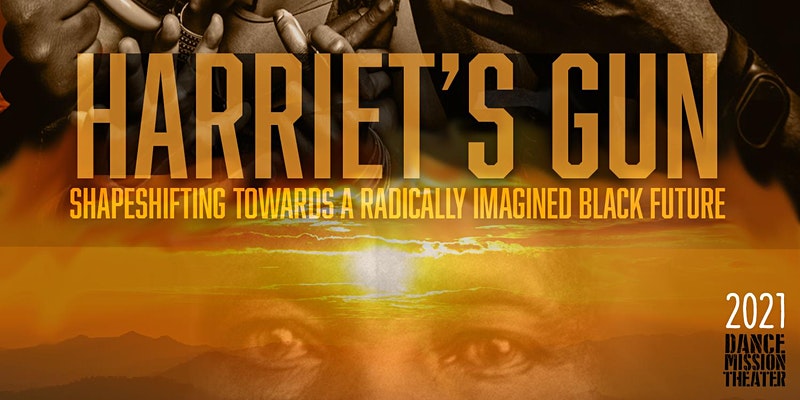 Dance in Revolt(ing) Times (D.I.R.T.) Festival 2021: Harriet’s Gun, Shapeshifting Towards a Radically Imagined Black Future is a ritual of black joy, possibility, and healing.  As we reckon with the 30 years between Rodney King and Breonna Taylor, Black artists tell their stories, uplift creative medicine, and conjure hope.

Harriet Tubman always carried a gun and an ivory handled sword on her liberation missions. Harriet’s gun was insurance, protection, a wand, an anchor, a shield, an antenna, a sage bundle, a way out, a motivator, and a guard rail. In the same way, Harriet’s Gun, Shapeshifting Towards a Radically Imagined Black Future, offers a collective space for artists to define, speak and move power into the Black future and out into the world.

Co-curated by Sarah Crowell, Artistic Director Emeritus of Destiny Arts Center in Oakland, CA and Adia Tamar Whitaker, Artistic Director & Founder of the Brooklyn-based performance ensemble Ase Dance Theatre Collective, Harriet’s Gun features a spectrum of world class Black artists from around the country and Rhodessa Jones will be spinning the web for the evening as the Mistress of Ceremonies and homegrown San Francisco storyteller.  A panel with the artists follows the performance.