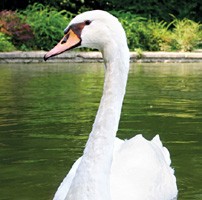 Dear Rev Readers: Almost four years ago, I started writing this column. The Metro editor at the time approached me to cover the wacky world of car culture, and alternative fuels and vehicles–all from a woman’s perspective. It was supposed to be the Bad Girls Guide to the Road (remember that pink vinyl cover?) meets Click and Clack Car Talk (without the annoying laughter).

I jumped at the chance, but never thought I would be able to come up with a new idea every week. As it turns out, the automobile–and its fans and haters and the strange culture built around it–is like an oil well: It just gushes. Until it runs out.

My first column was about a new fuel called biodiesel. I didn’t have any first-hand knowledge about it, except what I had read and researched. My next one was a primer on road trips. The next was about a mom who yearned to own a Barracuda, not her practical kidmobile Toyota.

Over the years, I learned a lot about cars, about people, about how the world works. I took my own advice and started making my own biodiesel. I rode my bike more. I admired people who used CarShare. I helped Billy work on our car, so I could feel more in touch. I learned how to drive a big truck. It was a pleasure to share these experiences with you all.

The column also gave me the chance to meet cool people. Like Charles Statman, the motorcyclist, and auto mechanic Maria do Céu. My favorite columns, I’ll admit it, were when I got to make fun of someone or something. The “Novella sells out to Toyota” column still makes me laugh. I still can’t believe they trusted me with that $30,000 SUV hybrid!

At its peak, the column ran in seven alternative weeklies all across the land. Recently, that all started to dry up. I have some theories. One is that as the mainstream press has now embraced alternative-car culture, we don’t need the alternative weeklies to tell us about it. Just last week the New York Times ran multiple stories about vegetable-oil-powered cars. And everyone writes about ethanol now. BP changed its name to Beyond Petroleum. Etc.

Maybe I wasn’t pro-car enough. Lots of people wrote to me complaining that I didn’t even like cars. Guilty as charged, and I never hid it. Look around you: an escalating war, record profits by the oil companies (BP made $55,000 a minute last quarter, an AP reporter calculated). The world has changed, and the old fogies who wish they could just drive their gleaming gas-guzzling sports cars without being mindful of the world around them will start to see this world disappear, along with their hair.

I saw a play once called Swan Song starring Miranda July. In the play, the protagonist had a job assisting people who had locked themselves out of their cars. To help the person in distress, she would employ a tool called the Swan tool to unlock the door. I feel like this column was the opposite of that tool. I tried to help people by locking them out of their cars. I hoped they would turn away and ride a bike instead. Or they would realize they need to live closer to their jobs. Or, if they had to drive, they would use something just a little bit more friendly, like a hybrid or an alternative-fuel car. I guess my work is done, and I’m ready to move on.

It’s been great knowing you. Oh, and for you Billy fans, he’s going into veterinary medicine.

P.S. I mean, I still have a lot of ideas, mostly in the human-interest department–like in light of the state quarter tensions, how ugly did the state license-plate decisions get? I’ve also always meant to do a send-up of a classic cars rally–gently mocking those dudes with their mint 55 Chevys and acid-washed-jean wearing girlfriends. New Rev-er: Are you taking notes or what?